Fear of losing their privileged status in America and the world motivated many 2016 voters, notably whites, men, and Christians; data from the nationally representative panel also debunks the oft-cited idea that voters were driven by economic grievances, says  University of Pennsylvania professor Diana C. Mutz 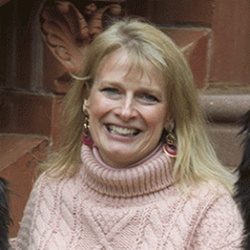 LIt has been a well-worn postmortem of the 2016 presidential election: the white working class, having faced job losses and stagnant wages under President Obama, voted with their pocketbooks when they chose Donald Trump.

Strong new evidence published today in the Proceedings of the National Academy of Sciences supports the idea that many Trump voters are feeling left behind, but not for reasons related to personal financial problems or economic anxiety about the future.
Based on survey data from a nationally representative panel of the same 1,200 American voters polled in both 2012 and 2016, University of Pennsylvania professor Diana C. Mutz found that traditionally high-status Americans, namely whites, feel their status in America and the world is threatened by America's growing racial diversity and a perceived loss of US global dominance. Under threat by these engines of change, America's socially dominant groups increased their support in 2016 for the candidate who most emphasised reestablishing status hierarchies of the past.
Mutz, the Samuel A. Stouffer Professor of Political Science and Communication and Director of the Institute for the Study of Citizens and Politics, followed voters over a four-year period to assess their changing views of trade, the threat posed by China, their sense of group threat, and perceptions of their own personal finances, as well as experiences of unemployment and the economic conditions in their local communities. As in previous elections, most voters in 2016 simply supported the candidate of the same party that they voted for in 2012. But the key to understanding the 2016 outcome lies in what changed from 2012 to 2016 that predicted changing vote choice.
Trump's rhetoric during the 2016 election capitalised on the fears of Americans who currently enjoy dominant status in society, most notably those who were white, Christian, male, or some combination of the three. Many of those Americans, Mutz found, switched from voting for the Democrat in 2012 to the Republican in 2016. Particularly those who found societal changes threatening voted for Trump in an effort to maintain their perceived social dominance in the country and the world.
The status threat experienced by many Americans was not only about their place in American society. In contrast to the conventional wisdom in political science that "voting ends at the water's edge" — that international affairs don't matter to how people vote —Mutz found that Americans feel increasingly threatened by the interdependence of the United States with other countries.
Their sense that America is no longer the dominant superpower it once was influenced their vote in 2016.
"Political uprisings are often about downtrodden groups rising up to assert their right to better treatment and more equal life conditions relative to high-status groups," Mutz writes. "The 2016 election, in contrast, was an effort by members of already dominant groups to assure their continued dominance and by those in an already powerful and wealthy country to assure its continued dominance."
Interestingly, Mutz found that Americans' own positions on issues such as trade, China, and immigration did not change dramatically between 2012 and 2016. In fact, Americans on the whole became more open to citizenship for undocumented immigrants than in 2012.
What did shift, however, were their perceptions of where the Republican candidate stood in 2016 relative to 2012, particularly on issues such as free trade and the threat posed by China. The greater the distance voters perceived between their own positions and those of the Democratic candidate on these issues, and the closer they were to the Republican candidate's position, the more likely they were to switch their votes from how they had voted in 2012.
Despite exhaustive data analysis, the study did not show any relationship between financial hardship and voting for Trump. In addition, those whose financial situations declined between 2012 and 2016 relative to others' economic well-being were no more likely to switch to Trump.
Trump's victory also occurred during a time of economic recovery, during which unemployment was falling and economic indicators were trending positively. Those who had lost a job between 2012 and 2016 were no more likely to support Trump than Clinton.
But those who felt besieged by globalization and the rise of a majority-minority America were quite likely to vote for Trump. For example, those who thought whites were discriminated against more than blacks, Christians more than Muslims, and men more than women were most likely to support Trump.
In much of the punditry surrounding the election, lack of a college education was noted as a strong predictor of support for Trump, and often cited as evidence that voters were responding to their own pocketbooks. Education, Mutz explains, is also the strongest predictor of support for international trade. Negative attitudes toward racial and ethnic diversity, she points out, are also correlated with low levels of education. Once attitudes toward racial diversity and the perceived threats posed by globalization are taken into account, education no longer matters.
Post-election narratives structure people's understanding of what happened and why, says Mutz, deciding for posterity how the people have spoken in the voting booth. Accuracy in those narratives has important implications for the future.
"Elected officials who embrace the 'left behind' narrative may feel compelled to pursue policies that will do little to assuage fears of less educated Americans," Mutz writes. In other words, addressing economic anxieties may not be the path to winning future elections.
"The 2016 election was a result of anxiety about dominant groups' future status rather than a result of being overlooked in the past," she writes. "In many ways, a sense of group threat is a much tougher opponent than an economic downturn, because it is a psychological mindset rather than an actual event or misfortune. Given current demographic trends within the United States, minority influence will only increase with time, thus heightening this source of perceived status threat."
The paper, Status threat, not economic hardship, explains the 2016 presidential vote, was published in PNAS.
MORE REPORTS