Members of Parliament, celebrities and business leaders have launched a campaign calling for a public vote on the final Brexit deal between the UK and the European Union, stepping up a campaign to try to stop what they describe as Britain’s damaging departure from the EU. 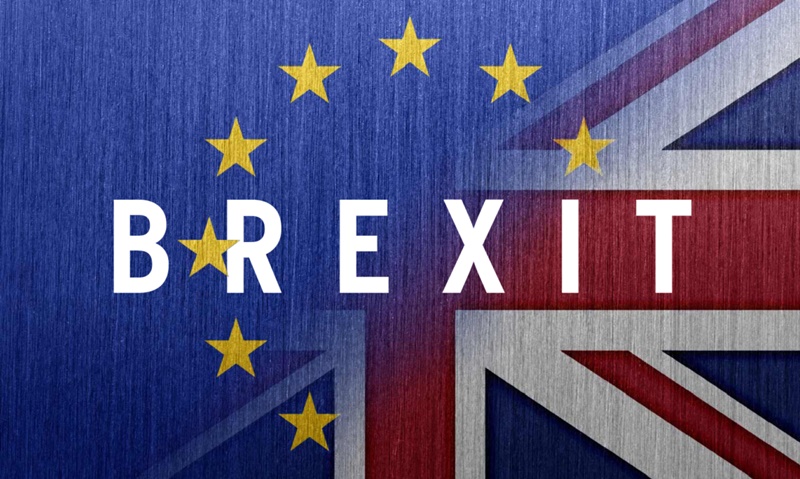 The People's Vote — which held a rally in Camden, north London, on Sunday — aims to unite anti-Brexit groups. At the launch rally, MPs from both the Conservative Party and Labour joined with hundreds of others to press for what they described as a “people’s vote” on Brexit.
Organisers said some 1,200 people were at the event, including MPs from all leading parties. Pro-Brexit campaigners also gathered outside.
Both Prime Minister Theresa May’s Conservatives and the Labour Party have ruled out a second referendum after Britons voted 51.9-48.1 per cent to leave the bloc in June 2016, and the country is due to leave the EU in March next year.
Actor Sir Patrick Stewart, who played Charles Xavier in the X-Men films based on the comic books, said the famous character would have voted Remain.
He told the rally: "Unity, common cause, wellbeing of society and debate were paramount to the belief of this fictional character. Our country's future is at stake and we will not stand idly by. That is why I support a people's vote on the final deal."
Stewart said campaigners were not asking for a second referendum, but rather wanted “another chance to consider what the terms of this divorce are going to be”.
“As time has gone by ... the information that we are receiving about the terms and conditions of that separation are quite unlike the terms and conditions that were spoken of so loosely during the 2016 campaign,” he told the BBC.
The UK will formally cease to be an EU member in March 2019, and the two sides hope to reach a final deal on the terms of its exit by October — in time for it to be ratified by UK and European parliaments.
Some opinion polls have shown a slight shift in favour of remaining in the European Union, but there has yet to be a decisive change in attitudes and many in Britain say they have become increasingly bored by Brexit.
May has repeatedly said she will deliver what she calls the will of the people and on Sunday Foreign Minister Boris Johnson voiced optimism for the kind of deal Britain could win.
“People had a vote, it was a great vote, and they voted with a substantial majority to leave the EU,” he told the BBC.
He went on to directly answer Stewart, who he mistakenly suggested had worked on Star Wars. Stewart had a role in “Star Trek: The Next Generation”.
“(We) will be able to boldly go again to areas that perhaps we have neglected ... friendly wonderful places where we can renew old friendships, rebuild relationships and develop fantastic new free trade deals.”
Speaking to the BBC at the event, Labour peer Lord Adonis said, "People want a say ... it was a vote in the dark two years ago. No-one had any idea what the consequences of Brexit were going to be."
And Green Party co-leader Caroline Lucas told attendees that Brexit was "not inevitable", adding, "We'll do everything we can in Parliament for a people's vote. This issue is far too important to leave to the politicians."
Conservative MP Anna Soubry told the crowd the UK was about to embark on a course that would "make you and your grandchildren ... less prosperous than you are now".
"I think the best and right thing to do is to put it back to the people and say you can have a vote on this deal," she said.
Chuka Umunna, MP for Streatham, said, "We need more Conservative members of Parliament to be as brave as Anna and many others who defied the whip and put their country before their party."
Meanwhile, pro-Brexit demonstrators also turned up at the launch, and Conservative MP Nadine Dorries argued there was no public appetite for a second referendum.
Appearing alongside Mr Umunna on ITV's Peston on Sunday, she said: "A second referendum, Chukka, which is what you're really campaigning for, is never going to happen. The public don't want it."
MORE REPORTS