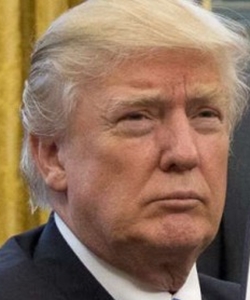 President Trump’s move to reopen a deal he pulled out of days after assuming the presidency¸ made during a meeting with farm-state lawmakers and governors at the White House, is a sharp reversal of his earlier stance when he denounced the agreement as a “rape of our country” (See: Trump pulls US out of TPP, leaves Asian allies in the lurch).
Trump’s move to join the multi-country trade agreement comes on the back of the US-China bilateral trade dispute that has only brought misery to American farmers.
But, he said, the United States would only join the Trans Pacific Partnership if it offered “substantially better” terms than those provided under previous negotiations.
Members of an 11-nation Asia-Pacific trade pact, however, said they are opposed to any renegotiation of the deal to accommodate the US, should it decide to rejoin at a later date.
Ministers from Japan, Australia and Malaysia welcomed Trump’s move to explore returning to the Trans-Pacific Partnership, a pact he withdrew from shortly after coming to office. But they also cautioned against making any significant changes.
Trump who only last year threw out the Trans-Pacific Partnership and pledged to tear up the North American Free Trade Agreement saying that these were centred heavily on unfair trade practices that only robbed American manufacturers and workers, has now made an about turn after Republican lawmakers said farmers and other businesses in their states would suffer from his trade approach.
Trump seems to be looking to Japan to save American farmers and businesses suffering from the US stand-off with China. In a late morning Twitter post Trump said he would consider re-entering the agreement only if it were “substantially better” than the deal offered to President Barack Obama.
“We already have bilateral deals with six of the eleven nations in TPP,” he wrote, “and are working to make a deal with the biggest of those nations, Japan, who has hit us hard on trade for years!”
The discussion on the trade deal began at the White House meeting earlier on Thursday, when Senator John Thune, Republican from South Dakota, questioned Trump about returning to the pact, arguing that the Trans-Pacific Partnership was the best way to put pressure on China.
Trump is reported to have asked Larry Kudlow, his top economic adviser, and Robert Lighthizer, his trade negotiator, to look into re-entering the agreement.
The deal, which was negotiated by the Obama administration, was largely intended to prod China into making the type of economic changes that the United States and others have long wanted. Many economists say the best way to combat a rising China and pressure it to open its market is through multilateral trade deals like the Trans-Pacific Partnership, which create favourable trading terms for its members.
US farmers would stand to benefit from new access to markets, especially Japan, if Trump decides to rejoin the pact. In the absence of American meat, ranchers in Australia can now send beef to Japan more cheaply.
With access to more markets, US wheat farmers would also be able to compete on a level playing field with competitors in Australia and Canada, which both remained in the TPP agreement.
But rejoining it could be a complex issue for Trump as he cannot expect countries to come to his terms. They would rather do without the United States rather than spent months renegotiating a pact reached after years of hard negotiations.
MORE REPORTS