The Pakistan Supreme Court on Friday unanimously ruled that disqualification of an MP or public servant under the constitution was for life, putting an end to the political career of former prime minister Nawaz Sharif. 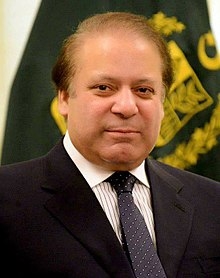 Sharif was disqualified from holding office by the apex court last July in the Panama scam case. He was also found involved in money laundering cases for purchase of assets in the UK. The National Accountability Bureau is probing money laundering and corruption charges against Sharif and his close family members.
The ruling also disqualifies Jahangir Tareen, leader of Pakistan Tehreek-i-Insaf (former cricketer Imran Khan’s party) who was disqualified by a separate bench of the Supreme Court last year. Both political leaders are now ineligible to hold any public office.
Chief Justice Mian Saqib Nisar pointed out that the public deserves leaders of good character. The restrictions imposed by the constitution relating to the eligibility of a candidate for elections “serves the public need and public interest for honest, upright, truthful, trustworthy and prudent elected representatives,” said the judgement.
The former Pakistani premier had argued that disqualification under the constitution related only “to the election in question and not perpetual.”
The Pakistan Muslim League – Nawaz, which is ruling the country, was expectedly critical of the judgement. “Our party rejects this ruling,” information minister Maryam Aurangzeb told the media in Islamabad. “This is political victimisation. It will be remembered as one of the most controversial rulings by the Supreme Court. It is not the job of the court to declare any politician righteous or not. This is the job of Parliament or the Election Commission.”
Sharif is facing multiple charges in several cases in the accountability court. He faces more than 20 years in jail if convicted. The judgments are due in a month or two.
General elections in Pakistan are likely to be held in July. Sharif has appointed his brother and chief minister of Punjab Shahbaz Sharif, as the new party chief.
MORE REPORTS