China responds to US steel tariff with duty hike on US pork, fruits

China on Monday responded to US President Donald Trump’s duty impost on Chinese steel and aluminium by raising import duties on US pork, apples and other products worth an annual $3 billion, escalating a trade dispute that the Trump administration has started. 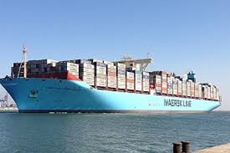 China has increased tariffs by up to 25 per cent on 128 US products, from frozen pork and wine to certain fruits and nuts, in what is seen as a beginning of a trade war between the world’s biggest economies.
China’s finance ministry on Sunday announced a list of potential products that would be subject to the tariffs that take effect from Monday. These products matched a list of US goods potentially worth up to $3 billion published by China on 23 March.
The US tariff hike has “has seriously damaged our interests,” the finance ministry said in a statement.
“Our country advocates and supports the multilateral trading system,” it said. China’s tariff increase “is a proper measure adopted by our country using World Trade Organisation rules to protect our interests,” the statement said.
China’s ministry of commerce said it was suspending its obligations to the World Trade Organisation (WTO) to reduce tariffs on 120 US goods, including fruits and ethanol. The tariffs on those products will be raised by an extra 15 per cent.
Eight other products, including pork and scrap aluminum, will now be subject to additional tariffs of 25 per cent, it said, with the measures effective from 2 April.
President Xi Jinping said it was responding to a US tariff hike on steel and aluminum.
But China, with its state-led economic model, is facing allegations of violation of market access commitments from Europe and Japan as well. China’s western trade partners especially are aggrieved that while denying market access to foreign goods, China protects its companies and subsidises exports in violation of Beijing’s free-trade commitments.
While the impact of China’s move will be limited, investors say this could affect global recovery if other governments too enter the trade war. Monday’s tariff increase will hit American farm states, many of which voted for Trump in 2016.
On the other hand, US President Donald Trump’s approval of higher duties on up to $50 billion of Chinese goods could hit China badly.
MORE REPORTS