China hits back at Trump's imposition of tariffs on its products

The trade battle between two economic giants has worsened with China announcing reciprocal tariffs on $3 billion of imports from the US in response to the President Trump's move to impose levies on its goods. 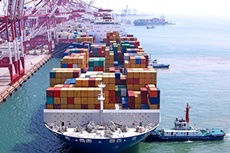 China also plans to take legal action against the US under the World Trade Organisation framework, though it urged for a dialogue to resolve the trade dispute.
US President Donald Trump has decided to levy tariffs worth $60 billion on Chinese imports. The US Trade Representative will draw out a list of Chinese products that will attract higher tariff. The Trump administration is also imposing limits on China’s investments in the American technology segment.
The Chinese commerce ministry hit back at the US, pointing out that while it did not want to fight a trade war, it is “absolutely not afraid” of doing so.
“We are confident and capable of meeting any challenge,” said the ministry in response to the US action. “It is hoped that the U.S. side will be able to make a swift decision and not to drag bilateral economic and trade relations into danger.”
The ministry has compiled a list of 120 products on which it would impose a tariff of 15 per cent if the trade dispute was not resolved by the US within a stipulated time.
But a defiant Trump stood up to the Chinese threats. “We’re doing things for this country that should have been done for many, many years,” he declared at the White House.
The bitter fight between the two economic giants had its impact on the stock markets, which saw the biggest one-day drop in six weeks. The Dow Jones industrial average fell by almost three per cent.
While the American President took China head-on, he extended concessions to other trade partners, exempting metal suppliers from the European Union and Brazil from a new tariff that was meant to protect the domestic sector.
Trump blames China for the loss of six million jobs and the shutting down of 60,000 factories in the US. According to him, unfair trade practices by China are responsible for the growing trade deficit with China, which adds up to $375 billion.
Trade between the US and China has shot up from about $115 billion in 2000 to $635 billion today.
MORE REPORTS