Former French President Nicolas Sarkozy’s life has become ‘hell’ since 2011, with allegations that he had taken money from the late Libyan dictator Muammar Gaddafi for his 2007 election campaign. 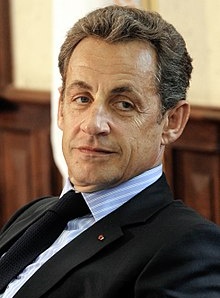 Sarkozy, who is currently being probed for allegedly taking illegal funding from Gaddafi, told a newspaper that “this calumny has made my life a living hell since March 11, 2011.”
The former French president said he was a victim of a campaign that began that month based on accusations made by a Franco-Lebanese businessman.
According to Sarkozy, his accusers in Libya are seeking vengeance over his decision to send French warplanes to their country in 2011, when Gaddafi was overthrown
The ex-president was detained by the police in 2014 in a case of alleged campaign funds abuse. His problems worsened when two years later, French-Lebanese businessman Ziad Takieddine told a French web site that in 2006 he had handed over three suitcases stuffed with euro notes to Sarkozy and Claude Gueant, his then chief of staff.
Takieddine said Gaddafi had sent the cash (about $6.2 million) to fund Sarkozy’s presidential campaign. He had handed over the money to Gueant for Sarkozy’s campaign, claimed Takieddine.
The French leader could not win the 2012 elections and lost to socialist François Hollande. A year later, the French authorities opened investigations into charges that Sarkozy’s campaign had gained from millions of euros of illicit fund transfers from Gaddafi.
Sarkozy has also faced other charges including one involving secret funding from Liliane Bettencourt, the L’Oreal heiress. He was, however, cleared of the charges.
MORE REPORTS