Pakistan's former Prime Minister Nawaz Sharif on Tuesday appealed against the Supreme Court's verdict ousting him over the Panama Papers case. In three separate review petitions, Sharif's lawyer, Khawaja Harris, cited 19 reasons as to why he should not be disqualified. 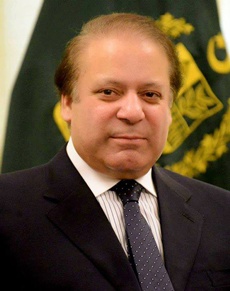 The Supreme Court sacked Sharif in late July following an investigation into corruption allegations against him and his family, making him the 15th premier in Pakistan's 70-year history to be ousted before completing a full term.

The allegations against the prime minister spiralled from the Panama Papers leak last year, which sparked media frenzy over the lavish lifestyles and luxury London property portfolio of the Sharif family.

The court's disqualification of Sharif came after it ordered the National Accountability Board, the country's anti-corruption agency, to investigate him and his children in the corruption scandal.

The SC has also ordered the country's anti-corruption watchdog, the National Accountability Bureau, to open a criminal case against Sharif, his sons - Hussain and Hassan - and his daughter Maryam.

In a 34-page application, Sharif appealed to the top court asking for an injunction to suspend its original verdict till the review petitions were decided. The petitioner also argued that Sharif did not conceal documents in his nomination papers ahead of the 2013 presidential polls as alleged by the SC.

''As far as disqualification of Petitioner (Sharif) by way of declaration in terms of Section 99(f) of ROPA and Article 62 (1)(f), for non-disclosure of his un-withdrawn income from Capital FZE in his nomination papers for 2013 General Elections is concerned, it is submitted that this declaration also suffers from an error apparent on the face of the record,'' the petitioner argued.

''It is also submitted that under the Income Tax Ordinance, 2001, 'salary' is to be declared as income only after it is received,'' the petition said.

Sharif argued that under Article 188 of the Constitution, it was against the law to disqualify Sharif without a trial. Further, it was stated that the judgment disallowed Sharif from appealing, which is the right of every citizen.

Sharif also argued that the 28 July decision should have been made by a three-member bench, excluding Justice Asif Saeed Khosa and Justice Gulzar Ahmed, as their jurisdiction had expired after their dissenting judgement on 20 April. ''By signing the final order of the court (Justice Ahmed and Justice Khosa) have actually passed two judgments in the same case, which is unprecedented in judicial history,'' the petition stated.

Sharif has been trying to replace Pakistan's ''flawed'' system and end the frequent deparures of prime ministers mid way through their term. He has repeatedly been quoted as saying he will replace it with a new one.

Last week Sharif led a defiant crowd of supporters from the capital, Islamabad, to his hometown, Lahore, in a days-long procession that brought thousands into the streets in a show of force.

During the trip Sharif repeatedly lambasted the court's ruling, saying the decision was an "insult" to Pakistanis.