The Criminal Finances Bill 2016-17, the new UK legislation scheduled to come into law this summer, is expected to shake up the financial sector with a raft of radical measures to ensure that criminals cannot enjoy the fruits of their unlawful activities. 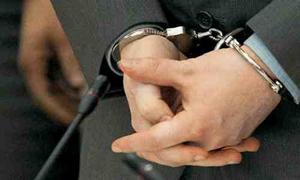 The legislation also proposes additional powers for the investigating authorities to seek explanations as to the source of wealth and to confiscate criminal monies in appropriate cases.

The Criminal Finances Bill, which received Royal Assent on 27 April and became the Criminal Finances Act 2017, represents the most comprehensive legislation against tax evasion and money laundering since the passage of the Proceeds of Crime Act in 2002.

The new legislation will make businesses liable for criminal acts committed by employees who encourage or assist tax evasion by other individuals, including customers and suppliers.

Businesses will be liable even in cases where senior management were either uninvolved or unaware of the criminal acts and will apply to both UK and non-UK tax.

The new legislation will herald wide new criminal offences directed at companies and partnerships where tax evasion is committed by those associated with the company, such as its employees, agents and others who perform services for or on behalf of the company.

Firms of solicitors and accountants are at real risk of committing this offence if they are not careful with whom they deal.

Analysts say any lack of awareness or oversight of the new legislation will make the financial services and accountancy sector and the legal sector liable for prosecution as these are the facilitators of tax evasion.

Such businesses would need time to make necessary changes before the implementation of the new laws in order to minimise the risk of criminal prosecution. They will have to proactively put into place preventive measures to deter employees from entering the areas of criminal tax evasion.

The law will make even inadvertent violations costly for firms and could lead to criminal prosecution that could ''ruin'' a business.

Any conviction in such tax cases could have wide ramifications for businesses such as difficulty in winning government contracts in the UK and overseas or restrictions in operating in regulated markets.

The key changes brought in by the new Act are:

The passing of the Criminal Finances Act 2017  is a key element of a wider push towards tightening financial crime and anti-corruption legal and regulatory controls in the UK.

Many of the provisions of the Criminal Finance Act have extra-territorial reach, making it a powerful tool for law enforcement agencies and regulators, but will businesses elsewhere follow UK laws.