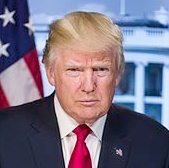 President Donald Trump suffered a stunning political setback on Friday in a Congress controlled by his own party when Republican leaders withdrew legislation to overhaul the US healthcare system, a major 2016 election campaign promise of the president and his allies.

House of Representatives leaders yanked the bill after a rebellion by large sections of the Republican Party left them short of votes. Democrats were unified against it.

It was the latest in a string of major setbacks to have hit his two-month-old presidency.

Just one week after his inauguration, Trump issued an executive order banning travellers from seven majority-Muslim countries and all refugees (See: Trump suspends all refugee admissions; to favour Christians). Unveiled with no prior warning, it sowed travel chaos and confusion, and ignited worldwide outrage.

However, in a humiliating setback to the President, courts across the country blocked the order in both its original and revised versions on the grounds that it violated the Constitution's prohibition of religious discrimination.

Also, since intelligence agencies last year took the unprecedented step of publicly accusing Russia of trying to swing November's presidential election in Trump's favour, questions have swirled about whether some in his campaign colluded with Moscow.

At least four separate congressional investigation are under way into Moscow's election meddling. Democrats argue that the interference, in which the Kremlin oversaw a campaign to hack Democratic Party emails that were later leaked, contributed to Hillary Clinton's defeat.

House Republicans had planned a vote on the healthcare measure after Trump late on Thursday cut off negotiations with Republicans who had balked at the plan and issued an ultimatum to vote on Friday. But desperate lobbying by the White House and Republican House Speaker Paul Ryan was unable to round up the 216 votes needed for passage.

The healthcare failure called into question not only Trump's ability to get other key parts of his agenda, including tax cuts and a boost in infrastructure spending, through Congress, but the Republican Party's capacity to govern effectively.

Fingers burnt
Neither Trump nor Ryan indicated any plans to try to tackle healthcare legislation again anytime soon. Trump said he would turn his attention to getting "big tax cuts" through Congress, another tricky proposition.

Republican supporters said the legislation would achieve their goal of rolling back the government's "nanny state" role in healthcare. The White House made undoing Obamacare its top priority when Trump took office two months ago.

But the White House and House leaders were unable to come up with a plan that satisfied the clashing interests of moderates and conservatives, despite Trump's vaunted image as a deal maker.

Amid a chaotic scramble for votes, Ryan, who championed the bill, met with Trump at the White House. Ryan said he recommended that it be withdrawn from the House floor because he did not have the votes to pass it, and Trump agreed.

"We were just probably anywhere from 10 to 15 votes short," Trump said. "With no Democrat support we couldn't quite get there."

Senate Democratic leader Chuck Schumer said the bill failed "because of two traits that have plagued the Trump presidency since he took office: incompetence and broken promises".

"There were things in this bill that I didn't particularly like," Trump added, without specifying what those were, but expressed confidence in Ryan's leadership.

"Perhaps the best thing that could happen is exactly what happened today, because we'll end up with a truly great healthcare bill in the future after this mess known as Obamacare explodes," said Trump, who had posted multiple tweets throughout March proclaiming that "Obamacare is imploding" and repeatedly saying that Republicans were coming together to pass the bill.

Friday's events cast doubt on whether Ryan can get major legislation approved by fractious Republican lawmakers.

"I will not sugarcoat this. This is a disappointing day for us. Doing big things is hard," Ryan said at a news conference, adding that his fellow Republicans are experiencing what he called "growing pains" transitioning from an opposition party to a governing party.

"Obamacare's the law of the land," Ryan added. "We're going to be living with Obamacare for the foreseeable future."

Members of the Freedom Caucus, the House's most conservative members, were instrumental in the bill's failure, opposing it among other reasons because they considered parts too similar to Obamacare.

This casts doubt on whether Ryan can get major legislation approved by fractious Republican lawmakers.

Trump said he was disappointed and "a little surprised" with the Freedom Caucus opposition.

The nonpartisan Congressional Budget Office said under the Republican legislation 14 million people would lose medical coverage by next year and more than 24 million would be uninsured in 2026.