A federal judge in Hawaii on Wednesday issued a sweeping freeze of President Donald Trump's new executive order hours before it would have temporarily barred the issuance of new visas to citizens of six Muslim-majority countries and suspended the admission of new refugees. 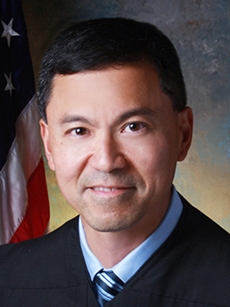 In a blistering 43-page opinion, US District Judge Derrick Watson pointed to Trump's own comments and those of his close advisers as evidence that his order was meant to discriminate against Muslims and declared there was a "strong likelihood of success" that those suing would prove the directive violated the Constitution.

Watson declared that "a reasonable, objective observer - enlightened by the specific historical context, contemporaneous public statements, and specific sequence of events leading to its issuance - would conclude that the Executive Order was issued with a purpose to disfavour a particular religion."

He lambasted the government, in particular, for asserting that because the ban did not apply to all Muslims in the world, it could not be construed as discriminating against Muslims.

"The illogic of the Government's contentions is palpable," Watson wrote. "The notion that one can demonstrate animus toward any group of people only by targeting all of them at once is fundamentally flawed."

At a rally in Nashville, Trump called the ruling "terrible" and asked a cheering crowd whether the ruling was "done by a judge for political reasons". He said the administration would fight the case "as far as it needs to go", including up to the Supreme Court, and rued that he had been persuaded to sign a "watered-down version" of his first travel ban.

"Let me tell you something, I think we ought to go back to the first one and go all the way," Trump said. "The danger is clear, the law is clear, the need for my executive order is clear."

Sarah Isgur Flores, a spokeswoman for the Justice Department, said in a statement, "The Department of Justice strongly disagrees with the federal district court's ruling, which is flawed both in reasoning and in scope. The President's Executive Order falls squarely within his lawful authority in seeking to protect our Nation's security, and the Department will continue to defend this Executive Order in the courts."

Watson was one of three federal judges to hear arguments Wednesday about the ban, though he was the first to issue an opinion. Federal judges in Washington state and Maryland said they would issue opinions soon.

As the ruling in Hawaii was being handed down, James Robart, the federal judge in Washington state who froze Trump's first travel ban, was hearing arguments about whether he should freeze the second. He said he did not think his first freeze was still in effect, though he did not immediately rule on whether he should issue a new one (See: US judge puts Trump's visa ban on hold after states' challenge).

Watson's decision might not be the last word. He was considering only a request for a temporary restraining order, and while that required him to assess whether challengers of the ban would ultimately succeed, his ruling is not final on that question. The Justice Department could appeal the ruling or wage a longer-term court battle before the judge in Hawaii.

Watson's decision came in response to a lawsuit filed by Hawaii. Lawyers for the state alleged that the new entry ban, much like the old, violated the establishment clause of the First Amendment because it was essentially a Muslim ban, hurt the ability of state businesses and universities to recruit top talent, and damaged the state's robust tourism industry.

They pointed to the case of Ismail Elshikh, the imam of the Muslim Association of Hawaii, whose mother-in-law's application for an immigrant visa was still being processed. Under the new executive order, attorneys for Hawaii said, Elshikh feared that his mother-in-law, a Syrian national, would ultimately be banned from entering the United States.

"Dr. Elshikh certainly has standing in this case. He, along with all of the Muslim residents in Hawaii, face higher hurdles to see family because of religious faith," lawyer Colleen Roh Sinzdak said at a hearing Wednesday. "It is not merely a harm to the Muslim residents of the state of Hawaii, but also is a harm to the United States as a whole and is against the First Amendment itself."

Justice Department lawyers argued that Trump was well within his authority to impose the ban, which was necessary for national security, and that those challenging it had raised only speculative harms. "They bear the burden of showing irreparable harm ... and there is no harm at all," said the acting US solicitor general, Jeffrey Wall, who argued on behalf of the government in Greenbelt, Md, in the morning and by phone in Hawaii in the afternoon.

Watson agreed with the state on virtually all the points. He ruled that the state had preliminarily demonstrated its universities and tourism industry would be hurt, and that harm could be traced to the executive order. He wrote that Elshikh had alleged "direct, concrete injuries to both himself and his immediate family".

And Watson declared that the government's assertion of the national security need for the order was "at the very least, 'secondary to a religious objective' of temporarily suspending the entry of Muslims". He pointed to Trump's own campaign trail comments and public statements by advisers as evidence.

"For instance, there is nothing 'veiled' about this press release: 'Donald J Trump is calling for a total and complete shutdown of Muslims entering the United States,' " Watson wrote. "Nor is there anything 'secret' about the Executive's motive specific to the issuance of the Executive Order. Rudolph Giuliani explained on television how the Executive Order came to be. He said: 'When [Mr. Trump] first announced it, he said, 'Muslim ban.' He called me up. He said, 'Put a commission together. Show me the right way to do it legally.' "

Watson also pointed to a recent Fox News appearance by Stephen Miller, in which the president's senior policy adviser said the new ban would have "mostly minor technical differences" from the previous iteration frozen by the courts, and Americans would see "the same basic policy outcome for the country."

Opponents of the ban across the country - including those who had argued against it in different cases on Wednesday - hailed Watson's ruling.

Bob Ferguson, the Washington state attorney general who asked Robart to block the measure, called the Hawaii ruling "fantastic news". Justin Cox, a staff attorney for the National Immigration Law Center who argued for a restraining order in the case in Maryland, said, "This is absolutely a victory and should be celebrated as such, especially because the court held that the plaintiffs, that Hawaii was likely to succeed on its establishment clause claim which essentially is that the primary purpose of the executive order is to discriminate against Muslims."

Trump's new entry ban had suspended the US refugee program for 120 days and halted for 90 days the issuance of new visas to people from six Muslim-majority countries: Iran, Somalia, Sudan, Yemen, Libya and Syria. It was different from the first entry ban in that it omitted Iraq from the list of affected countries, did not affect current visa or green-card holders and spelled out a robust list of people who might be able to apply for exceptions.

Hawaii is a part of the 9th Circuit, so the legal road could pass through the appeals court there again. Perhaps previewing the contentious fight ahead, five of the circuit's judges on Wednesday signed a dissenting opinion in the case over the original travel ban, declaring Trump's decision to issue the executive order was "well within the powers of the presidency" The judges wanted to wipe out a ruling by a three-judge panel declaring otherwise.

"Above all, in a democracy, we have the duty to preserve the liberty of the people by keeping the enormous powers of the national government separated," Judge Jay S. Bybee wrote for the dissenters. "We are judges, not Platonic Guardians. It is our duty to say what the law is, and the meta-source of our law, the U.S. Constitution, commits the power to make foreign policy, including the decisions to permit or forbid entry into the United States, to the President and Congress."

The dissent was signed by Judges Bybee, Sandra Ikuta, Consuelo Callahan and Carlos Bea, who all were appointed by President George W Bush; and Judge Alex Kozinski, who was appointed by President Ronald Reagan. It seemed to represent a minority view. The circuit has 25 active judges, and the court said a majority had not voted in favour of reconsidering the three-judge panel's published opinion to keep Trump's first ban frozen.