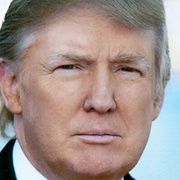 President-elect Donald Trump has vowed to fight to stop foreign H1B visa holders? replacing American workers, reiterating his pre-election promise of limiting the H-1B visas issued to immigrants in the United States once he assumes office.

Trump was commenting on the Disney World's alleged replacement of American workers with cheap foreign labour hired on H-1B visas. It was alleged that the H-1B visa holders were trained by the workers they replaced.

Speaking on other similar cases, Trump said, ''Can you believe that? You get laid off and then they (employers) won't give you your severance pay unless you train the people that are replacing you. I mean, that's actually demeaning maybe more than anything else.''

''We will fight to protect every last American life,'' Trump told supporters gathered at a meeting in Iowa on Thursday as he referred to the cases of Disney world and other US companies.

''During the campaign, I also spent time with American workers who were laid off and forced to train the foreign workers brought in to replace them. We won't let this happen anymore,'' Trump vowed amidst cheers and applause from the audience.

''Can you believe that? You get laid off and then they won't give you your severance pay unless you train the people that are replacing you. I mean, that's actually demeaning maybe more than anything else,'' he said.

In January this year, two technology staff of Disney World and two outsourcing companies had slapped a lawsuit on the companies alleging that they conspired to displace American workers with cheaper foreign labour brought to the US on H-1B visas. Incidentally, the workers referred to were mostly Indians.

It was alleged that the two Disney world employees - Leo Perrero and Dena Moore - were among 250 Disney tech workers laid off from their jobs at Walt Disney World in Orlando in January 2015. They have also dragged two IT companies, HCL Inc and Cognizant Technologies, into this class action lawsuit.

''You know the name of one of the companies that's doing it. I'm going to be nice because we're trying to get that company back. Don't forget much harder when a company announced a year and a half ago - some of these companies, like Carrier, they announced long before I even knew I was going to be running for president,'' Trump said.

In fact, Donald Trump won the US Presidential election riding a wave of anti-immigrant sentiments. He has again reiterated that he will put an end to the influx of immigrants, especially South Americans and Muslims, in the United States.