The outgoing director of the Central Intelligence Agency has warned of disastrous consequences if Donald Trump goes ahead with his threat of tearing up the US deal with Iran over nuclear weapons. 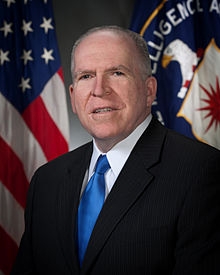 In an unusually frank interview with the BBC, John Brennan said Trump's opposition to the nuclear deal with Iran was the ''height of folly''.

Brennan told the British broadcaster, ''I think it would be disastrous, it really would: for one administration to tear up an agreement that a previous administration made would be almost unprecedented.''

Spelling out the dangers, the US intelligence chief added, ''It could lead to a weapons programme inside of Iran that could lead other states in the region to embark on their own programmes with military conflict, so I think it would be the height of folly if the next administration were to tear up that agreement.''

Brennan also expressed alarm about many of the key foreign policy pledges made by Trump during his election campaign, including the president-elect's admiration for Vladimir Putin, his anti-Islamic rhetoric and his willingness to use torture.

He said that in Syria, Russia and the Assad regime were responsible for ''wanton slaughter of civilians that is ... nothing short of outrageous''.

Brennan said he hoped for an improvement in relations between Washington and Moscow, but urged Trump to be careful of cosying up to Putin.

He said, ''Russia is a country that will pursue its national interests frequently to the detriment of the interests of the peoples of the countries wherein it operates. So I think President-elect Trump and the new administration need to be wary of Russian promises. Russian promises have not given us what it is they have pledged.''

He also warned Trump not to reintroduce waterboarding and other interrogation techniques as he has threatened. And he revealed that he would disobey orders if Trump ordered him to use waterboarding, and that most in the agency were also opposed to it.

He said, ''I would counsel my successor not to go down that route any more. Without a doubt, the CIA really took some body blows as a result of its experiences in its interrogation programme. And some that were very, very damaging to our reputation as well as to our officers. The overwhelming majority of CIA officers would not want to get back into that business.''

Asked about Trump's talk of the US being at war with radical Islam, Brennan said, ''The new team needs to be disciplined in the language that they use, the messages that they send, because if they are not disciplined their language will be exploited by the terrorists and extremist organisations as a way to portray the United States and the government as being anti-Islamic, and we are not.''

He also cautioned against stepping up targeted assassinations using drones. He said, ''I truly hope that the next administration understands their obligations, their responsibilities when they have these capabilities to be exceptionally judicious and prudent in carrying out these activities, because it can have tremendous positive advantages, but if it is used and misused in ways that increase the number of deaths as well as increases resentment against the United States it will not be beneficial to our national security interests. It will be counterproductive.''