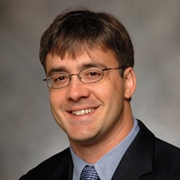 Increasing the United States' export of liquefied natural gas (LNG) above 12 billion cubic feet per day (Bcf/d) would allow the US to continue to provide a competitive advantage for domestic natural-gas-intensive industries relative to their counterparts overseas, according to a new report presented to the US Department of Energy from the Center for Energy Studies at Rice University's Baker Institute for Public Policy and Oxford Economics.

The study, The Macroeconomic Impact of Increasing U.S. LNG Exports, was co-authored by Kenneth Medlock, senior director for the Center for Energy Studies.

''The dramatic growth in shale gas production in the United States has presented a number of opportunities and challenges for the US economy,'' Medlock says. ''To begin, shale gas production has lowered the domestic price of natural gas so that the United States now has among the lowest prices in the world and shifted the US from emerging as a significant importer to a pending exporter of LNG. This has benefitted consumers and led to gains in competitiveness for US manufacturers.

''Low natural gas prices in the United States negatively impact the profitability of domestic upstream activities, which has, in fact, been a primary driver of interest in exporting LNG as suppliers seek new demands in higher-priced markets. While selling natural gas at higher prices on the world market would increase profits for US gas producers, the price gap between the United States and the rest of the world will shrink, thereby eroding some of the benefits that have accrued to US consumers and manufacturers. So the net balance of the gains and losses associated with trade are at the core of the analysis. In sum, the balance is positive for the U.S. economy.''

For the report, the Center for Energy Studies used the Rice World Gas Trade Model to simulate alternative futures to assess natural gas production, demand and, more generally, the international gas market based on a range of projections of U.S. resource endowments. Oxford Economics addressed the macroeconomic impact of the center's market analysis.

A comprehensive set of scenarios was developed in the analysis – including US natural gas recovery, international and domestic demand, and natural-gas supply opportunities in the rest of the world – to examine the impact on energy markets and the US macroeconomy.

Key findings from the report include:

Medlock says that the impact from added LNG exports will not be felt until after 2025 due to the large amount of LNG supply that is coming online globally in the next few years. The global market simply cannot accommodate US volumes in excess of 12 Bcf/d before 2025 in any of the scenarios considered.

Accordingly, while international demand continues to increase, the market must first work through a large amount of available LNG supply before turning to U.S.-sourced LNG.

The reference case forecasts US LNG exports of around 6.5 Bcf/d as there are abundant, competitive resources around the world that can be delivered to international markets via LNG or pipelines.

Higher US LNG exports require a variety of factors that limit the otherwise competitive production of natural gas outside of the US Moreover, those factors must become increasingly restrictive to raise US LNG exports over 12 Bcf/d.

Across all of the scenarios assessed, ''the macroeconomic impacts of LNG exports are marginally positive,'' Medlock says. ''Across the domestic cases, the positive impact of higher US gas production exceeds the negative impacts of higher domestic natural gas prices associated with increased LNG exports. The overall macroeconomic impacts of increasing US LNG exports to 20 Bcf/d from 12 Bcf/d are small, reflecting the small size of the natural gas sector and supporting industries relative to the over $13 trillion US economy.''