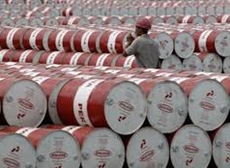 In the first budget under King Salman, revenues this year totalled 608 billion riyals ($162 billion), down 15 per cent from the original target of 715 billion riyals, as prices for oil, on which the economy depends, fell further than expected.

Spending for the year hit 975 billion riyals, some 13 per cent more than forecast.

State spending in 2015 totalled 975 billion riyals, against the 860 billion riyals originally planned, on account of extra outlays such as salary bonus for government employees to mark the accession of King Salman in January, Hindi bin Abdullah al-Suhaimi, an advisor to the council, told a media briefing.

Suhaimi, however, said the deficit is "considered an acceptable figure" under the present circumstances, with oil languishing at its lowest in several years.

To help make up the shortfall, the country's finance ministry said it would cut subsidies for fuel.

Saudi Arabia also announced plans to shrink the record state budget deficit with spending cuts and a drive to raise revenues from sources other than oil.

Its 2016 budget plan aims to cut the deficit to 326 billion riyals, reducing pressure on Riyadh to pay its bills by liquidating assets held abroad.

Next year's budget projects spending of 840 billion riyals, down from 975 billion spent this year.

King Salman said the budget came "in light of the decrease in oil prices, the economic and regional and international financial challenges - where global economic growth has declined from its previous level - and the lack of stability in some of the neighbouring states."

Saudi Arabia said oil revenues, which make up 77 per cent of the total revenue for 2015, are down 23 per cent compared to last year.

It is the largest member of the Opec oil-producing cartel and has refused to cut output in order to raise prices in an attempt to put other producers - mainly US shale oil companies - out of business.

The Saudi government believes it can withstand low oil prices for longer than US producers, many of which are small, heavily-indebted firms.

The majority of the increase in overall spending was on salaries to Saudi civil and military employees.