One of China's top businessmen, Alibaba founder Jack Ma, has been appointed by British Prime Minister David Cameron to advise him on business, Downing Street said on Monday. 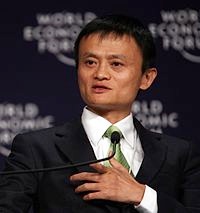 The announcement came the day before a four-day state visit to Britain by Chinese President Xi Jinping, and as Britain seeks to boost its business ties with the world's second-largest economy.

Cameron's spokeswoman told reporters the two would meet on Monday and that Ma, currently executive chairman of the Alibaba Group, would be joining the prime minister's business advisory group. The e-commerce boss will "provide particular help and advice on how to get small- and medium-sized British businesses boosting their exports and in particular accessing Chinese markets through platforms like Alibaba".

Cameron and his finance minister George Osborne believe that close ties with China are vital to cementing Britain's economic growth in decades to come. But human rights activists accuse the centre-right Conservative government of kowtowing to China and the state visit is expected to be accompanied by protests.

Cameron's Business Advisory Group had 19 members in July - most of them chief executives of top British companies, including the heads of BP, Easyjet and Rolls Royce. Membership is not remunerated.

Best known for creating Chinese ecommerce giant Alibaba.com, Ma is a board member of Japan's SoftBank and China's Huayi Brothers Media Corporation. In 2014, he was ranked as the 30th most powerful person in the world in an annual ranking published by Forbes.

In September last year, Alibaba became one of the most valuable tech companies in the world after raising $25 billion, the largest initial public offering in US financial history (See: Alibaba zooms on trading debut). Ma now serves as executive chairman of Alibaba Group, which is a holding company with nine major subsidiaries.