Finance ministers of the G-20 major economies, including India, on Friday endorsed a detailed action plan to formulate measures to check international tax avoidance by multinational companies and reform the international tax system. 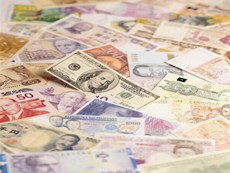 G20 finance ministers, including India's finance minister Arun Jaitley, at their meeting in Lima, Peru approved the final package of measures proposed by the Organisation of Economic Cooperation and Development (OECD) for comprehensive and coherent steps to prevent tax avoidance by multinationals through `Base Erosion and Profit Shifting' (BEPS).

The Paris-based think-tank OECD said at the meeting, chaired by Turkish deputy prime minister Cevdet Yilmaz, that the G-20 finance ministers expressed strong support for the Base Erosion and Profit Shifting Project.

The measures include providing governments a global picture of the operations of multinational companies, and setting minimum standards on so-called "treaty shopping" to put an end to the use of conduit companies to channel investments.

"The challenge is consistent implementation," said Pascal Saint-Amans, director of the OECD Centre for Tax Policy and Administration.

The OECD said a conservative estimate of the amount of untaxed money moved by companies into tax havens was $100 billion to $240 billion annually, suggesting tens of billions of dollars in lost tax revenue.

The Limitation-on-Benefits (LOB) test in the tax treaties will be a significant deterrent to treaty shopping. However, an all-encompassing LOB provision, coupled with the PPT test, may make tax treaty entitlement difficult for even genuine taxpayers and inhibit genuine cross-border trade and investments.

India has a LOB test in its tax treaty with the US and Singapore. It has been attempting to incorporate an LOB clause in its treaty with Mauritius, which exempts capital gains earned by its residents. Given the current draft of LOB test, large number of multinational companies investing through group holding structures incorporated in a low tax jurisdiction may fail this test.

Technology companies are seen as the most adept at exploiting loopholes, but drug makers, medical device groups, banks, fast food groups and retailers all commonly use contrived arrangements to cut their tax bills.

Once implemented, the steps would bolster efforts by emerging economies like India to prevent tax evasion and illegal fund flows, although much will depend on how earnest countries are in following through on the plans in plugging loopholes that multinationals can exploit.

The OECD proposals agreed to at the G20 meeting aim to shake up rules dating back almost a century that govern taxation of profits from international commerce.

Governments, including developed countries have been prodded into action by growing concern about weak economic growth, tight government finances and the stone walling of finances against tag regimes by multinationals, including Google and Starbucks.

Public anger has also been rising across countries as big corporations continued to avoid paying taxes with impunity while the larger public and the not-so-privileged are forced to pay taxes.

The so-called Base Erosion and Profit Shifting (BEPS) have helped companies to move profits out of the countries where money is earned and into tax havens such as Luxembourg, Ireland or Bermuda to avoid paying taxes.

While developing countries have been subjected to such tax violations for long, it is the concern of the advanced nations that prodded G20 to action.

The agreement endorsed by the G20 ministers late on Thursday aims to close the gaps in existing international rules.