More reports on: In the news, Trade, Retail 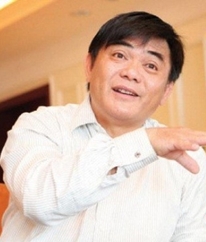 Nguyen Huu Duong, a construction mogul, is leading a lone fight to save Vietnam's frail economy from the flood of cheap Chinese goods, say reports.

The flood of cheap Chinese goods is pushing Vietnam's small businesses to the brink as China's products are cheaper than cheap Vietnamese products!

Duong has created a war chest of tens of millions of dollars to help liberate Vietnam from the clutches of Chinese imports.

Despite a faster pace of growth of Vietnam's economy, its manufacturing industries, especially units operating in the small-scale sector, are increasingly running out of business due to the onslaught of cheap, mass-produces Chinese products.

Duong is trying to revive those small units by providing them with free and easy marketing assistance to home-made products pushed out of stores by even cheaper Chinese goods.

Duong, 61, who became a rickshaw driver after his army stint, now owns the Hoa Binh brewery, which makes the `Duong Beer'. He also owns a well-established construction business.

He claims to have spent $27 million on the V+ mall, which opened in February. This is being opened to local manufacturers as exclusive outlets to sells everything from handbags and shoes to nuts and ornaments.

Its supermarket undercuts foreign rivals like Big C  and the first V+ shop has just opened on a Hanoi street selling `all-local' products.

''Prices are good, quality is good. This must be one of the cheapest places in Southeast Asia,'' said Duong.

Duong hopes to rescue domestically produced goods priced out by Chinese exporters by nurturing local startups with free 50-year leases in his Hanoi mall ''V+'' – if they sell only Vietnamese-made products.

He now wants the government to support the creation of a nationwide network of exclusive stores to help consumers source locally and avert the closure of tens of thousands of small businesses.

Just as the Chinese government helps its industry to sell cheap overseas by a variety of policy measures – both non-tariff and tariff  - each country needs to supports its industry, he says.

China's mass exports of cheap products exerts a huge pressure on the Vietnamese economy and production, according to Duong.

Vietnam is now ruing its overdependence on the giant neighbour and biggest trade partner China, which has now turned the biggest bully in the region with territorial incursions.