Support for Japan's Abe slides on plans to restart N-reactor

Support for Japanese Prime Minister Shinzo Abe slid to just over 30 per cent with a majority opposed to the planned restart of a nuclear reactor that went offline after the 2011 Fukushima disaster, according to a poll by the Mainichi newspaper. 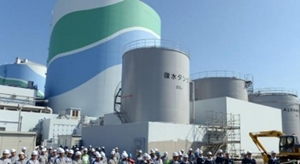 The three-point decline to 32 per cent - the lowest since Abe assumed office in December 2012 - comes as voters remain concerned over a security policy to end a ban on military fighting overseas to defend a friendly country.

The change could see Japan's troops fight abroad for the first time since World War II.

According to Abe, the change would boost deterrence and make war less likely, though critics fear Japan could get embroiled in a US-led conflict.

The weekend survey showed the restart of Kyushu Electric Power Co's reactor at its Sendai plant in southwest Japan being opposed by 57 per cent of respondents.

The reboot, the first in nearly two years, which would reopen the nuclear sector was supported by just around 30 per cent of those polled (See: Japan's plans to restart nuclear reactor delayed again).

Meanwhile, the Nuclear Regulation Authority has affirmed the safety of the reactor and another one at the plant last September, under stricter safety rules imposed following the accident, the worst since the Chernobyl disaster in 1986. Under the plans, the second reactor would be restarted in October.

All of Japan's 43 operable reactors are currently offline, of which, 23 others, including the other Sendai reactor, had applied for safety inspections and were in the process of restart operations.

Abe's government intends to get as many of them as possible operational in  bid to sustain the nation's economy, which now relied on imported energy.

"Our policy is to push forward restarts of reactors that cleared the world's toughest safety screening by the Nuclear Regulation Authority," Abe told reporters today. "I would like Kyushu Electric to put safety first and take utmost precautions for the restart."