2014: Ebola renders waste most of Sierra Leone and Liberia

Ebola is undoing much health and education work in Sierra Leone and Liberia following civil wars in those countries and had forced many charity groups to suspend operations or re-direct them to fighting the epidemic, Reuters reported. 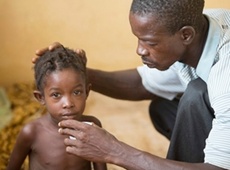 After over a decade of peace, economic growth was picking up raising hopes that the nations could be less dependent on foreign aid and budgetary support. The achievements, however, had now been undermined by the contagion, according to charity workers and officials.

According to Rocco Falconer, CEO of educational charity Planting Promise in Sierra Lenone, the impact of Ebola would take the country back to being a basket case. He added the impact on some activities had been simply catastrophic.

The two countries worst hit by Ebola had been struggling to recover from the wars that raged through the 1990s until early in the 21st century and which took a toll of tens of thousands besides devastating the already poor infrastructure.

In Sierra Leone, aid comprised one-fifth of economic output in 2010, according to officials, though this had been shrinking as growth picked up with the country's booming commodities exports. Britain and the EU were the main donors with funds directed to health, education and social assistance.

The worst affected may be the hospitality sector of Sierra Leone's economy that has been decimated by Ebola.

Freetown does not have a single working traffic signal, and now legions of the unemployed and youths out of school thicken the streets while foreign tourists stay far away.

And, in most affected nations, including Sierra Leone, Guinea and Liberia, Ebola continues to lay waste tourism, agriculture, road construction, arts and crafts, diesel sales, tax collections, and just about every sector of the economy, costing billions of dollars in lost business and spelling years of increased hardship for an already impoverished region.

In fact, Ebola's nasty reputation as a contagious disease that can make people bleed from their eyeballs has dented tourism across the entire continent.

Meanwhile, Press Association reports that a nurse being treated for Ebola in London could receive blood donations from fellow survivors, including volunteer Will Pooley, in a bid to overcome the deadly virus, according to the UK government's chief medical officer.

Pauline Cafferkey, a public health nurse at Blantyre Health Centre in South Lanarkshire, was under specialist treatment via a quarantine tent at the Royal Free Hospital in north London.

Also, a healthcare worker in Aberdeen who fell ill following her recent return from west Africa, had tested negative for the virus, according to the Scottish government.

The woman took ill on Monday while visiting Torridon in the Scottish Highlands and was transferred to Aberdeen Royal Infirmary where she had undergone tests.

A third patient from Cornwall, who too had recently returned from an affected country, was currently in isolation at the Royal Cornwall Hospital in Treliske, Truro, undergoing tests for the virus which had swept through West Africa.

Cafferkey, who received the all clear to return to her home despite raising concerns about her temperature, was "doing as well as can be expected in the circumstances", according to Scotland's first minister Nicola Sturgeon.

It is not clear how long Liberia, Guinea or Sierra Leone would take to bounce back even if the virus were stopped in its tracks right now. The World Bank predicts that Sierra Leone's economy will contract in 2015 and that West Africa will lose at least $3.8 billion in economic activity.

In some areas of Sierra Leone, agricultural production has dropped by nearly half because so many cassava and rice farmers were ordered to stay home for mandatory quarantines.

Already 500,000 people in the region have gone hungry because of Ebola, and that number could double by March.