OPEC basket price of crude falls to $85.93 a barrel

The price of OPEC basket of twelve crudes stood at $85.93 a barrel on Monday, compared with $86.43 the previous Friday, according to figures released by the OPEC secretariat. 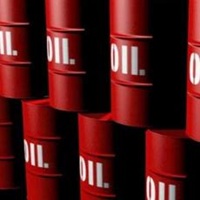 While the falling oil prices gave consumers a break from the high oil prices, it has caused a split among OPEC leaders about what action should be taken, if any, to halt the slide.

The price drop has led to a near free fall in gasoline prices in the United States. On Monday, the national average price for regular gasoline was $3.20, 9 cents lower than it was a week ago and 14 cents below the price a year ago, according to the AAA motor club.

Oil prices are expected to fall below $80 per barrel as OPEC is increasingly expected to keep taps open as the world's biggest drillers fight for market share.

The price of Brent crude fell to just above $88 a barrel in morning trade today in a well-supplied market as expectations faded that OPEC could cut output in an effort to shore up prices.

Brent crude has fallen 23 per cent this year and was down briefly below $87 per barrel in London trading hours on Monday after Saudi Arabia - the world's biggest exporter - had indicated it would be comfortable for prices to remain depressed in the short term.

Investors expecting a production cut from OPEC to support prices were disappointed as Saudi Arabia and Kuwait played down the possibility of the Organization of the Petroleum Exporting Countries reducing output.

OPEC, which produces about 40 per cent of the world's crude oil, is due to meet in late November to discuss output targets.

US crude dropped 48 cents a barrel to $85.26 after it pared sharp intraday losses on Monday to settle down 8 cents.

Despite the recent price slump, some analysts expect oil markets to recover ahead of peak winter demand in the Northern Hemisphere.

Investors are looking ahead to weekly oil inventories data from the United States for price direction.

US commercial crude stocks were forecast to have increased in the week ended 10 October.

American Petroleum Institute (API) is expected to issue its report on Wednesday, followed by a weekly data from the US Department of Energy's Energy Information Administration (EIA) on Thursday.