Implication of a Yes vote on the UK's civil service

A Yes vote would see the UK civil service face its biggest test since since the creation of the Irish Free State in 1922, says noted British social scientist, Professor Perri 6, (he changed his name from David Ashworth to Perri 6 in 1983) from School of Business and Management, Queen Mary University of London

If the people of Scotland vote for independence on 18 September, the process of separation will not, as many politicians have suggested, be postponed for 18months of negotiation. It will begin in the 'wee hours' of tomorrow morning.

Civil servants in the Treasury, the Bank of England, the Foreign Office, the Ministry of Defence and those parts of the Home Office with responsibility for immigration policy will immediately find themselves briefing ministers on how to negotiate with the Scottish government. De facto, therefore they will already be working for what will, in these hitherto reserved functions, be a ''rump UK'' government.

More to the point, they will be advising ministers on how to protect the interests of England, Wales and Northern Ireland in those talks, not those of Scotland, which will already be represented by the Edinburgh government. Immediately, the role and accountability of senior London civil servants and the interests they serve will have changed drastically.

The Treasury
First to be affected on Friday morning will be the duties and role of Treasury civil servants. After a Yes vote, they will be working with the Bank of England to craft the precise wording of assurances given to the markets, in the hope of stemming both an outflow of funds from banks and bank accounts registered in Scotland and a run on sterling combined with a great sell-off of British government bonds.

How far should they advise ministers and the governor of the Bank of England to go?

In the interests of Scotland, of course, it would be best for the UK to give an open-ended guarantee of the value of deposits in Scottish banks. But the markets might test such a commitment very quickly. Is the risk of such a test in the interests of English, Welsh and Northern Irish UK citizens? Should Treasury officials advise the governor and the Chancellor to expose 'rump UK' citizens to such potentially huge liabilities?

This is not just a question of civil service ethics. It is a constitutional and a public management question which will need answering and rather quickly.

Sir Nicholas McPherson, Permanent Secretary at the Treasury, must surely have pondered this question many times in recent weeks. Indeed, he may – at a later date - be called to the Public Accounts Committee to explain the advice he gives tomorrow morning.

Defence
After a Yes vote in Scotland, senior officials in the Ministry of Defence would face an equally pressing dilemma. Major defence suppliers with big sites in Scotland will urgently want information about MoD intentions for existing contracts which, already, will be regarded as having been placed in, effectively, a foreign country.
They will also want to know what the MoD's policy will be about placing new contracts. With that information, many will need to make announcements by Friday lunchtime to their shareholders explaining whether or not they intend to relocate. 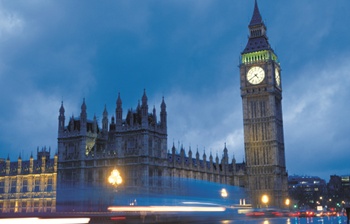 The Home Office
The Home Office has a little more time to ponder the big questions, and the Home Secretary will not find herself under the kind of market-driven pressure which governs Defence and the Treasury.

Her civil servants will nevertheless begin immediately to prepare for talks with the Scottish government about its proposed immigration policy. Specifically, there will be consideration as to whether the policy can be regarded as compatible with rump UK interests in the Common Travel Area.

Political dilemma
After a Yes vote, the Chief Secretary to the Treasury, the Rt Hon Danny Alexander, will find himself in a quite serious plight. On the one hand, Mr Alexander is a minister in the UK government. He must decide what announcements to make to reassure the markets on Friday after a Yes vote, bearing in mind the interests of the citizens of the rump UK.

In the ordinary course of events the Chief Secretary would expect to be a key negotiator for the UK with his counterparts in Scotland.

But Mr Alexander is also an MP for a Scottish constituency. Can he therefore uphold cabinet collective responsibility for decisions taken after a Yes vote about how the UK pursues its negotiations with the Scottish government?

A Yes vote would likely force a clear arrangement with regard to the Chief Secretary's position. The nature of this arrangement will set a precedent for any parliamentary solution which seeks to address the 'West Lothian question': the issues on which Scottish MPs can vote after a Yes result but before the next General Election.

In short, a Yes vote means that tomorrow morning may well be the biggest test of the civil service since the creation of the Irish Free State in 1922.