China has allowed its banks to set their own over-the-counter exchange rates for the yuan (renminbi) and the US dollar for customers, taking a small step towards loosening control of the tightly controlled currency. 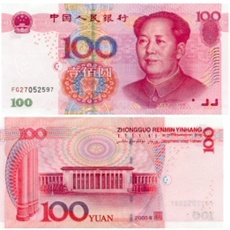 The State Administration of Foreign Exchange said late on Wednesday that banks can set their own buying and selling rates for over-the-counter deals, on the basis of market demand, Xinhua news agency reported.

Banks can decide the "spread" - the range between the buying and selling price - for customers based on market demand.

The announcement comes ahead of the China-US strategic and economic dialogue, at which the US is expected to push Beijing for greater economic reforms.

China keeps a tight grip on the yuan, allowing it to move up or down a maximum two per cent daily on either side of a mid-point set under the supervision of the central bank. The band was set in March, at double the range of the previous restrictions.

Earlier, the People's Bank of China, the central bank, also set specific limits on the bid-ask spread depending on the transaction type, state media said.

The latest announcement aims to "further improve the market-oriented yuan exchange rate formation mechanism", the People's Bank of China said in a statement.

Analysts said the easing of restrictions would have a limited impact on the exchange rate as it was aimed at retail customers, who make up a small proportion of foreign exchange trading, while corporate clients are already offered market-based rates.

China has been promoting greater international use of the yuan and taking measures to make its exchange rate more flexible, but without allowing full convertibility of the currency.

The Chinese authorities could further expand the daily trading limits between the yuan and other foreign currencies as part of future reforms, analysts said.

However, the China Banking Association in its latest report stated that it is unlikely that the nation will ease its currency policy any further.

For China, economic growth will continue to be the priority and there will not be any major changes in its currency policy, it adds.

Meanwhile, China's foreign reserves continue to grow and the People's Bank of China has enough cash reserves for necessary adjustments and risk control needed to help stabilise the market.