US puts Iran oil sanctions on hold for six months

In a move that could have long-term ramifications for India's energy sector, the US has ''suspended'' its sanctions on Iran oil for six months on the ground that it has made a start towards rolling back its nuclear weapons programme. 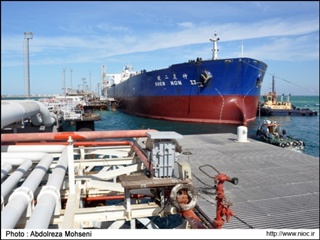 ''While market conditions suggest that there is sufficient supply to permit additional reductions in purchases of Iranian oil, the United States has committed itself to pause efforts to further reduce Iran's crude oil sales for a six-month period under the Joint Plan of Action between the P5+1 and Iran,'' the White House press xecretary, Jay Carney said, reflecting President Barak Obama's views.

''In return for this and other limited relief measures, Iran has committed to take steps that halt and in key respects roll back progress on its nuclear programme,'' Carney said, adding that the International Atomic Energy Agency (IAEA) has verified that Iran is complying with these commitments.

An analysis contained in the Energy Information Administration's report of 24 April indicates that global oil consumption has exceeded production in recent months, Carney said - ''Global oil supply disruptions in recent months increased compared with earlier this year, but the resulting supply reduction was offset by increased petroleum production, particularly in the United States.''