Governments across the world are trying to firm up their positions on Bitcoin,  with Norway, the richest nation in Scandinavia saying that Bitcoin did not qualify as real money. 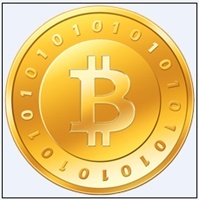 On the other hand US lawmakers had acknowledged Bitcoin, as a "legitimate currency", which had resulted in the value of the virtual currency shooting up to $1,000.

Lawmakers and the EU central bank have adopted a wait and watch policy, as has the Reserve Bank of India.

Earlier this month, financial institutions were banned by Chinese regulators from using Bitcoin while in July, the government of Thailand declared the  use of the virtual currency as illegal due to lack of applicable laws.

According to Norway's director general of taxation, Hans Christian Holte, the currency "doesn't fall under the usual definition of money."

However, the government has decreed Bitcoin to be an asset upon which capital gains tax could be charged. According to Bloomberg profits from Bitcoin would fall under the wealth tax, and that losses could be deducted. He added, there would also be a 25 per cent sales tax for businesses.

For now the new rules would apply to Norwegian Kristoffer Koch, whose $27-investment in the fledgling currency had grown in value to $886,000 in October.

However, according to commentators, the country's decision might not be final, as Holte was reportedly planning to work with other nations towards working out the legalities of the new currency.

Meanwhile, The Global Bitcoin Conference yesterday called for government intervention in the form of recognition and Reserve Bank of India's framework for the virtual currency's wider acceptance in India, which boasts the world's third-largest internet users and largest software talent pool.

The conference pointed out that the government and consumers would benefit with the uncertainty was removed from the bitcoin system.

The Financial Express quoted Sathvik V, MD of CoinMonk Ventures as saying, what they were looking for was a dialogue with the central bank for greater understanding of the system as also what could be possibly regulated and what could not be. CoinMonk is one of the organisers of the event and a bitcoin exchange that sells and buys bitcoins.

Switzerland treats it as a foreign currency and Canada had already taxed gains on trade in bitcoins.