China lifts controls on lending rates to align with market

China has lifted controls on interest rates that banks charge its customers by doing away with the floor rates for lending, effective Saturday. 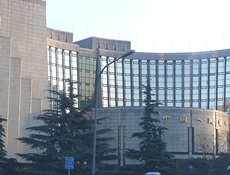 In a website statement issued on Friday, the People's Bank of China (PBOC) also announced the lifting of controls on bill discount rates.

Banks in China were not allowed to lend below 70 per cent of the benchmark interest rates.

The central bank also lifted the 2.3 times upper limit of base lending rates for rural credit cooperatives and instead allowed them to independently determine lending rates to customers in accordance with commercial principles.

PBOC, however, kept regulations on individual home loans unchanged. It also proposed no change in the cap on deposit rates.

The move gives commercial banks the freedom to compete for borrowers, and lowers financial costs for companies, PBOC said in its release.

The central bank kept the ceiling on deposit rates unchanged at 110 per cent of the benchmark rates, in a bid to ward off unhealthy competition among banks.

The measures are intended to ease the flow of credit to sectors that support growth and investment.

China, the fastest growing emerging market economy, has been witnessing a decline in growth of late with a GDP growth rate of around 7.5 per cent against rates above 10 per cent earlier.

At the same time banks have also been advised to improve the level of service differentiation, safe handling contractual relationship and guaranteed loans distribution.

The United States has welcomed the move, saying China has followed up a promise made during the US-China strategic talks in Washington last week to let markets play a bigger role in allocating credit.

But, how far the new measures will help boost China's internal consumption and curb exports remains to be seen.

The Group of 20 advanced and emerging economies has, meanwhile, urged China to encourage more domestic demand-driven growth and help rebalance the world economy.