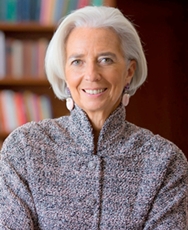 French judges have brought no charges against Christine Lagarde, the head of the International Monetary Fund, after two days of questioning over alleged complicity in the embezzlement of state funds.

However, she has not been completely cleared in the investigation over her authorisation of a controversial out-of-court settlement for the maverick French businessman Bernard Tapie during her tenure as finance minister under Nicolas Sarkozy.

The IMF chief has been placed under the status of "supervised witness", which in French legal terms, was less serious than being placed under formal investigation. It also meant that in any future hearings she would be required to answer questions as a witness with her lawyer.

Ttechnically, however, she could still be charged later if judges changed their minds.

"My explanations answered questions raised about the decisions that I had made at the time," she told reporters. "My status as a supervised witness is not a surprise for me because I always acted in the interest of the state and according to the law."

She added: "Now, it's time for me to go back to work in Washington, and I will of course be briefing my board."

According to observers, it was much less serious than being placed under formal investigation, which would have indicated "serious or consistent evidence" suggesting her probable implication in a crime.

Spokesman Gerry Rice said in Washington that the executive board had been briefed on the matter several times and on each occasion expressed confidence in the ability of the managing director to effectively carry out her duties.

The case goes back to 2008, when Lagarde, as Sarkozy's finance minister, ordered private arbitration in a long-running business dispute between Tapie and the French state.