Gas bonanza, solar energy could be key to Greek revival

Athens is crossing its fingers over recent studies that have established the possibility of massive gas and oil reserves off the Crete coast, although experts doubt whether these could prove chimerical. 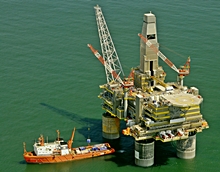 Financially embattled Greece, whose very continuance in the European Union is becoming shaky, is now reported to be exploring the possibilities of a turnaround through energy production.

Greece is now apparently banking on the discovery of possible offshore gas reserves, augmented by its large solar energy potential and prime location as gateway between the eastern Mediterranean, the Middle East and Europe. Athens is hoping that energy production and transport will provide a path to a strong recovery, creating jobs and easing costly imports.

These hopes have been bolstered to no small extent by the discovery of potential offshore gas reserves. The reserves if confirmed could be worth $600 billion, according to a study presented to Prime Minister Antonis Samaras in June.

The study, collating existing scientific data, says that geological similarities indicate that reserves off Crete may match the prolific Levantine Basin where recent Israeli and Cypriot discoveries are clustered.

It points to strategically significant reserves in Greek waters south of Crete in the range of 3.5 trillion cubic metres (TCM), the equivalent of about 1.5 billion barrels of oil and enough to cover over six years of EU gas demand.