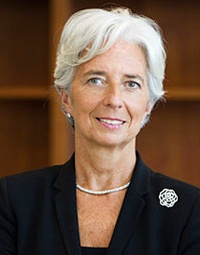 IMF chief Christine Lagarde has warned of a 30-per cent jump in the prices of an already buoyant crude oil in the international market.

With prices already ruling around $125 a barrel, this could push oil to new highs above $162.5 a barrel.

"If there was, for instance, a major shortage of export of oil from Iran, it will certainly drive prices up, at least for a period of time. We believe that it will be in the range of 20-30 per cent," Lagarde said.

''Clearly it would be a shock to economies if there was a major shortage of exports of oil out of Iran, it would certainly drive up prices for a period of time,'' she added.

The IMF chief was talking to reporters on the sidelines of an India-China meeting on ways of tackling the prevailing global tensions over Iran's nuclear ambitions.

"As I just mentioned, the sudden and brutal rise in the price would have serious consequences on the global economy at large and will impact particularly the oil importing countries and amongst them low income countries," Lagarde said.