Leading economist and Nobel Prize recipient Amartya Sen, who is also a staunch critic of Prime Minister Narendra Modi, said India had taken “a quantum jump in the wrong direction,” since the NDA took power in 2014. 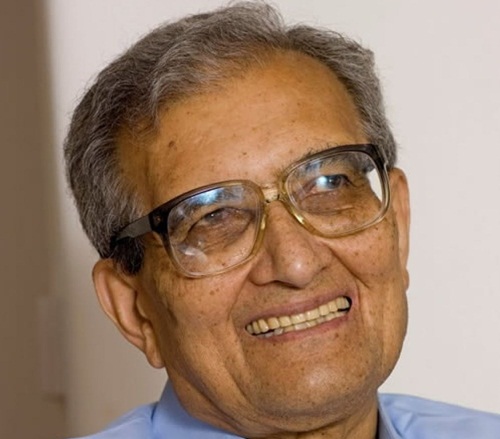 “Things have gone pretty badly wrong,” said the economist in Delhi, while launching the Hindi edition of his book, An Uncertain Glory: India and its Contradiction, which was co-authored along with development economist Jean Dreze. “It has taken a quantum jump in the wrong direction since 2014.”
According to Sen, about 20 years ago India was the second-best economy in South Asia after Sri Lanka. “Now it is the second worst and Pakistan has managed to shield us from being the worst,” he said.
The Modi government has deflected from issues including inequality and caste system, while also keeping the scheduled tribes out of the scope of development. There was a sense of uncertainty among Dalits as well to the next meal, or education or healthcare, he added.
Dreze described Modi’s ambitious healthcare scheme, Ayushmann Bharat, as a big ‘hoax.’ According to him, the amount allocated for the scheme is Rs2,000 crore, which would work out to less than Rs20 per person, if it was spent.
MORE REPORTS