The central government on Sunday imposed stock limits for onion and banned export of the commodity besides asking state governments to take strict measures to prevent hoarding by traders, including organising raids, as part of a series of steps being taken to rein in soaring prices. 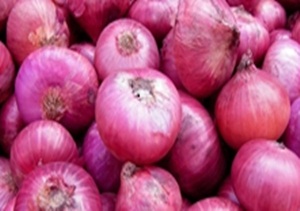 The centre has fixed the stock limit of 100 quintal on retail traders and 500 quintals on wholesale traders imposed across the country, in a move to facilitate release of stocks in the market and prevention of hoarding by traders.
In the past, the centre had authorised the state governments to impose stock limits.  This time, however, the centre has decided to impose stock limits directly across India.
Further, the government has banned export of onions with immediate effect till further orders. It had earlier this month, raised the minimum export price of onion to $850 (fob) per tonne. Though there was some reduction in export of onions thereafter, exports were still continuing. The ban on export of onions is expected to improve domestic availability and cool prices.
Besides, the centre has asked the state governments to enforce the stock limits strictly and carry out anti-hoarding operations against the unscrupulous traders by organising raids, etc.
The centre had built a buffer of about 56,700 tonnes through NAFED during Rabi 2019 season.  This buffer stock is being utilised for supplies to Delhi at a rate of not more than 23.90 per kg.  Haryana and Andhra Pradesh are also being supplied from the buffer.  Other states have also been asked to utilise this buffer and indicate their demand for the same to Department of Consumer Affairs and/or NAFED.
The reported export below minimum export price to Bangladesh and Sri Lanka will be immediately stopped and strict action will be initiated against those who are found to be violating this decision of the government, an official release stated.
Retail onion prices have skyrocketed to Rs60-80 per kg in Delhi and some other parts of the country due to supply disruption from flood-affected growing states like Maharasthra.
MORE REPORTS