The government has compulsorily retired 22 senior income tax officials accused of corruption and serious irregularities. The officers, who belong to the Delhi, Mumbai, Kolkata, Meerut and Chennai tax units, faced charges of asking for bribes, smuggling, extortion, and concealment of evidence. 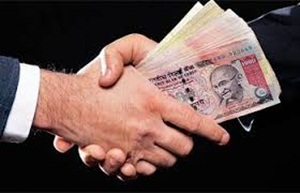 This move comes after Prime Minister Narendra Modi’s Independence Day speech where he highlighted that action was being taken against “some black sheep” in the tax administration who had misused their powers and harassed taxpayers, either by targeting honest assesses or by taking excessive action for minor or procedural violations.
Just two months ago, 27 high-ranking Indian Revenue Service officers, including 12 from the Central Board of Direct Taxes, were given compulsory retirement after allegations of corruption, sexual harassment and disproportionate assets. The officers were retired under Rule 56(j) of Central Civil Services (Pension) Rules, which permits periodical review of the performance of government staff to determine whether they are liable for compulsory retirement in public interest.
The government has been taking steps to end the possibility of tax officials issuing notices to individuals and businesses on the sly to make money. Last week, Finance Minister Nirmala Sitharaman announced that from October 1, 2019, all orders, notices and summons by the income tax department can only be issued through a centralised computer system, and will contain a unique Document Identification Number.
MORE REPORTS