With a landslide mandate, Modi will now hold talks to form a new cabinet as he looks to steady a stuttering economy and address other challenges facing the economy as he starts his second term as Prime Minister. 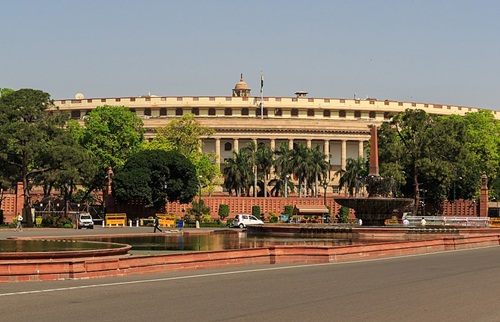 Reports say, Modi has set 30 May as the swearing-in date although he has not yet set an inauguration date for the administration. BJP leaders, however, said he was expected to move quickly to put together a new cabinet.
But irrespective of when and how Modi will form his new government, land laws, labour reforms, privatisation and export promotion would be at the top of the agenda of the new government, irrespective of which party or coalition takes charge of the portfolios after the 30 May swearing in, say reports.
Narendra Modi is likely to take oath as the prime minister for another term on 30 May. But, before that, sources said, the PM will visit his constituency, Varanasi, on 28 May and Gujarat on 29 May.
Earlier in the morning, the PM met BJP veterans LK Advani and Murli Manohar Joshi before holding a cabinet meeting.
Media reports say the new government is expected to focus on issues like reforms like land use, transparent auctions and digitisation of land records, besides creating an enabling regulatory environment for labour and privatisation in areas such as agriculture and banking.
The promotion of exports through targeting new markets such as Eastern Europe and Central Asia; and creating a credible system of grading and certification will also be an area of priority for the new government, say reports.
The report sees three possible scenarios of reform -- acceleration, status quo, and regression, and has analysed the effect these might have on GDP growth.
It estimates a 2.5 percentage points boost or drag to its base case of 7.5 per cent for average real GDP growth during FY2020-2025.
"We see baseline growth rising up to 10 per cent in our acceleration scenario of effectively enforced major reforms; or narrowing to 5 per cent in our regression scenario of stalled reforms," the report said.
The accelerated reform scenario assumes the new government would have a sufficient majority to introduce important legislative reforms, and the will to implement reforms, it said.
With a thumping victory for the BJP, the rupee-dollar rate is expected to slide in coming days. The three-month forecast for dollar/rupee is 69, it said.
It remains neutral on the rupee on a medium term horizon, expecting dollar-rupee rate to edge higher to 71 over a 12-month period.
The report anticipates the banking system liquidity situation to normalise as currency in circulation reduces from its highs post election, and with potential liquidity operations by the RBI.
A secure government is also expected to push structural reforms further, allowing for a faster recovery in the corporate earnings over the medium term, the report adds.
MORE REPORTS