The acquittal of parents Rajesh and Nupur Talwar in the murder of their daughter Aarushi and domestic help Hemraj has once again highlighted the shocking 'investigative' methods of the Central Bureau of Investigation, with the Allahabad High Court castigating the bureau for tampering with evidence, planting and tutoring witnesses, among other things. 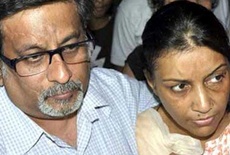 The 273-page judgment by a bench of Justices B K Narayana and A K Mishra, which was released on Friday, was equally unsparing in slamming Special CBI Court judge Shyam Lal, who had convicted the Talwars in the case. It said, "Like a film director, the trial judge has tried to thrust coherence amongst facts inalienably scattered here and there but not giving any coherence to the idea as to what in fact happened."

The dentist couple was sentenced to life imprisonment four years ago by the special court for the murder of their teenage daughter Aarushi and domestic help Hemraj in May 2008.

The Allahabad High Court gave a number of instances of a shoddy investigation and trial, from ''subjective findings'' by medical and forensic experts to the tutoring of a witness and planting of another; from tampering with evidence to ''deliberate concealment'' of other evidence.

The judges said that the CBI couldn't even establish the motive for the crime, as the controversial theory of "sexual intercourse" between Aarushi and Hemraj stood debunked.

The bench methodically took apart the entire line of investigation followed by CBI ever since it was roped in by the Uttar Pradesh government to probe the case in 2008.

The bench cited a string of circumstances which considered collectively did not lead to the "irresistible conclusion" that no one but Nupur and Rajesh Talwar could have committed the crimes. It noted that the presence of an outsider in Talwar's Noida flat on the night of the crime "cannot be ruled out".

"Certainly two views are possible; one pointing to the guilt of the appellants; and the other to their innocence and in view of the principles expounded by the apex court, we prop propose to adopt the view which is favourable to the appellants," the judgment stated.

The testimony of Noida administration official Sanjay Chauhan claiming that he was one of the first to reach the crime scene in the morning, when he saw blood stains on the terrace, was also called into question.

Planted witness, tutored maid
Describing Chauhan as a "planted witness", the court said the CBI had brought him only to contradict the Talwars on hearsay evidence. Chauhan who was gave a statement that he had visited the Talwar home on 16 May 2008 but the CBI has not been able to come up with any cogent answer to the query of the defence as to how the CBI came to know about the visit of Sanjay Chauhan to L-32 Jalvayu Vihar, it pointed out.

The bench also faulted the CBI for being unable to prove that the dentist couple was awake on the night of the murders and punched holes in its much-touted claim that the internet router remained active.

''The explanation that the appellants knew nothing as they were sleeping cannot be termed as no explanation and / or false explanation as from the evidence adduced by the CBI itself it was proved that if someone was sleeping in the Talwars' bedroom with the air-conditioners on which were a bit noisy, it was not possible for them to have heard the sounds of moving footsteps, closing and opening of doors inside the Talwars' flat.

''Thus, the trial court, in our opinion, committed a patent error of law in holding that the appellants were awake throughout the fateful night,'' the ruling said.

Despite "tutoring" maid Bharti Mandal, the CBI was unable to bring out from her testimony that when she reached the flat next morning, the outermost iron grill door was latched or locked from inside, the court noted.

The bench pointed to a statement in her cross-examination where she said, ''Whatever was taught / explained to me, the same statement I have stated.''

It led the court to question the probe team's next premise - that Aarushi and Hemraj were assaulted by the Talwars in her bedroom after which they dragged the body of Hemraj to the terrace after wrapping it in a bedsheet.

It said CBI discounted the strong possibility of outsiders having entered Talwar's flat and left after committing the double murder, latching the middle iron mesh door from outside and leaving the outer grill door of their flat open.

"While examining the theory of alternative hypothesis of the double murder covenanted in the prosecution case itself, we have already held that there is sufficient evidence on record suggesting entry of outsiders into the flat ... moreover, during the course of investigation the CBI had arrested and interrogated Krishna Thadarai, Rajkumar and Vijay Mandal who had remained suspects of the double murder for a considerably long time during the investigation," it noted.

Referring to botched up forensic results, the court said the CBI couldn't establish that injuries found on Aarushi and Hemraj were inflicted by a No 5 golf club and a surgical scalpel.

The court also said there was enough evidence on record showing that the golf club, which was handed over by Rajesh to the probe team, "was neither properly sealed nor kept in malkhana and the same had been tampered with."

The compared the Special CBI Court judge to a ''math teacher'' and a ''film director trying to thrust coherence into scattered facts''.

''Suspicion, however, grave it may be, cannot take the place of proof,'' the two judges concluded.