CJI Khehar vows to speed up digital filing of cases

Promising to speed up the digital filing of cases, Chief Justice of India J S Khehar said on Wednesday this would make the judicial system "extremely transparent" and rule out any manipulation of records. 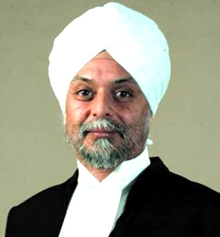 Introducing the 'Integrated Case Management Information System' for digital filing, he said he intends to put the system in place in all 24 high courts in the country after it is introduced in the Supreme Court and would like to see that it takes place in the lower courts across the country as well.

The CJI was speaking at a function at Vigyan Bhavan in New Delhi attended by Prime Minister Narendra Modi, law minister Ravi Shankar Prasad and a large number of judges from the SC and high courts and senior lawyers

The prime minister uploaded the Integrated Case Management Information System on the Supreme Court website at the function.

"I propose to take this system to all the high courts, and then to all the district courts. This means a litigant will file one case only in his lifetime, insofar as the paper book is concerned," Justice Khehar said.

Referring to his observations made during a hearing that he would make the Supreme Court "paperless", the CJI said the system would be different from the present e-filing process as lawyers will be required to file only the grounds of appeal in the apex court and the remaining judicial files would be automatically transferred. So if you are filing an appeal in the Supreme Court from a case in the high court, all you need to do is to put in the number of the case you are filing.

Justice Khehar said the move would be of "great environmental help as well" as it would reduce the use of paper.

Addressing the programme titled 'Moving towards security and transparency from a paper court, to a digital court', he said all parties in the high courts would be automatically informed and they can download the grounds of appeals challenging the orders.

The new digitised system would ensure that the litigants come to know the exact cost of filing, besides the date of filing the appeals in the Supreme Court, and nobody would be able to "manipulate" records initially filed and "nobody can lie" that he has already filed them, Justice Khehar said.

The government departments and common litigants will come to know instantly about the filing of the case and may ask their lawyers to download the paper book from the website.

The CJI said with the introduction of new system, every bit of the filing process would be monitored and a litigant will file one case in his life-time in a dispute from the trial court to the Supreme Court.

Elaborating on the benefits of the new system, the CJI said "nobody now can say he has filed, when not filed, because the client knows the moment you have filed. The moment you file, the filing system tells you about what court fees you have to pay. And so does your client know that this much is the amount of court fees involved."

The system has a feature which gives access to information to every department of the Centre and state governments and "the moment a case is filed from that department, it will tell you that you are the respondent. The department has immediate access to the case on the date of filing", he said.