Boost to Kejriwal: Delhi govt must have some powers, says SC

Delhi chief minister Arvind Kejriwal on Wednesday got a major boost in his long-running battle with the Centre, with the Supreme Court remarking that an elected government should have some powers, otherwise it cannot function. 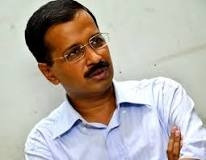 Listing for 18 January final disposal of the appeal of the Aam Admi Party government against the Delhi High Court verdict, which had held that the lieutenant governor was the administrative head of the National Capital Region, a bench of Justices A K Sikri and A M Sapre said, ''The elected government in Delhi should have some powers otherwise it cannot function. The matter needs to be decided fast.''

The bench said since it will hear the matter in detail on 18 January, no interim orders need be passed on various interim applications as of now.

Senior advocate Gopal Subramaniam, appearing for the AAP government, said that they are challenging the order of the high court, which has ruled that the lieutenant governor (LG) was the administrative head whose prior consent is needed in all administrative decisions.

He said that the high court has held that the aid and advice of council of ministers are not binding upon the LG.

"The elected government in Delhi cannot appoint the chief secretary or cannot even appoint a class IV officer by itself," Subramaniam said, noting that under the constitutional scheme of things the council of ministers is required to give aid and advice to the LG.

He said that the Constitution mandates that when there is difference of opinion on any issue, then the matter could be referred to the President.

As interim relief, the senior lawyer sought a stay order from the court on the decision of the LG to appoint the three-member Shunglu committee to inspect 400 files of the AAP government in the wake of the Delhi high court verdict.

The Shunglu committee, which submitted its report last month, was formed by LG Najeeb Jung on 30 August to examine over 400 files on decisions taken by the AAP administration.

"Stay should also be granted on compulsory reference to the LG on every decision taken by the government and the LG should be directed to strictly comply with the provisions of the NCT Act," he said.

Solicitor general Ranjit Kumar said that no notice has been issued and therefore no reply has been filed on the appeals of the Delhi government.

The bench said that since the matters are being listed for final disposal, there was no need of reply as of now as everything could be raised during arguments.

On 9 September, the apex court had refused to grant an interim stay on the Delhi High Court's 4 August verdict and sought response within six weeks from the Centre on seven appeals of the AAP government (See: SC refuses to stay Delhi Lt Guv's decisions, seeks centre's response to AAP pleas).

It had also declined to stay the decision of LG Jung to set up the Shunglu Committee.

In its verdict, the high court had rejected several pleas challenging the LG's authority after, which he had ordered examination of the files.

The Kejriwal-led AAP had won the Delhi election in February 2015 with a huge margin, and almost at once came to loggerheads with the Centre as represented by Lieutenant Governor Najeeb Jung over administrative powers.

The chief minister says that any important decision taken by his government, including the appointment of senior bureaucrats, is negated by the Lieutenant Governor, who he accuses of acting as a stooge of Prime Minister Narendra Modi.

But the centre and the Lieutenant Governor say that because Delhi is not a state, Jung has special powers and authorities, a line of argument accepted by the Delhi High Court, which in August ruled against Kejriwal.

The court said that Jung is the administrative head of the capital, which means that he has to sign off on government decisions.

In July, the chief minister, in a video posted on YouTube, said Prime Minister Modi could "even have me eliminated".