In what is beginning to look like a of war by the union government on the Aam Aadmi Party (AAP) administration in Delhi, the Central Bureau of Investigation on Monday arrested Chief Minister Arvind Kejriwal's principal secretary Rajendra Kumar and four others on corruption charges. 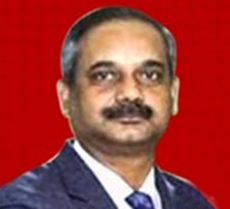 Kumar, an Indian Administrative Service officer of the 1989 Union Territory cadre, was called along with Tarun Sharma, a deputy secretary in Kejriwal's office, and three other private persons for questioning at the CBI headquarters.

After being questioned for half a day, the CBI decided to place the two officers under arrest along with a close aide of Kumar, Ashok Kumar and owners of a private firm Sandeep Kumar and Dinesh Gupta.

The charges pressed by the CBI are under sections 120-B of Indian Penal Code (criminal conspiracy), and 13(2), 13(1)(d) of the Prevention of Corruption Act (criminal conspiracy, criminal misconduct etc) for allegedly favouring a private company, Endeavour Systems Pvt. Ltd, in bagging five contracts.

The CBI alleged that the accused persons had entered into a criminal conspiracy and caused a loss of Rs12 crore to the Delhi government in award of contracts between 2007 and 2015, and claimed that the officials had taken ''undue benefit'' of over Rs3 crore while awarding the contract.

''The CBI has today arrested five persons including a senior civil servant, government of Delhi, another official of Delhi government, two directors of a Delhi-based private company and a private person.

''The allegations relate to bribery and abuse of official position by the said senior civil servant and others to favour a Delhi based private company in award of contracts of Delhi government,'' CBI's chief press information officer R K Gaur said, adding the arrested accused persons will be produced in court on Tuesday.

This is the same case in which CBI had come under scathing criticism from a court which directed it to return documents sought by the Delhi government seized during raids on Kejriwal's office on 15 December 2015.

''The CBI cannot retain the documents in the garb of the argument that investigation is in progress without whispering the fact in what manner they are related to the present case (against principal secretary Rajendra Kumar).

''The acceptance of vague reasons like investigation is still in progress implies that CBI is recognised with unbridled power to investigate even in violation of the relevant laws and regulations,'' Special CBI Judge Ajay Kumar Jain had said in his order in January this year.

The case was registered on a complaint from former Delhi Dialogue Commission (DDC) member Ashish Joshi to the Delhi government's Anti-Corruption Branch (ACB) earlier last year. The complaint was forwarded to CBI in July last following which the agency registered an FIR after a five-month probe.

The CBI alleged that as Secretary, Health, in the Delhi government, Kumar facilitated the award of a manpower project to the firm without inviting tenders.

The CBI claimed, as commissioner, trade and taxes, Kumar helped the firm bag a contract for development of software applications for his department.

He was also accused of committing irregularities in award of contract for a facility management system for the trade and taxes department. As secretary to the Chief Minister, he allegedly facilitated the award of Delhi Jal Board contract for enterprise resource planning to the firm.