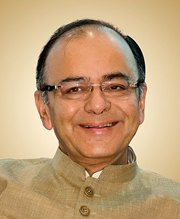 During the financial year 2016-17, the central government will allocate Rs1,10,000 crore for implementation of the Seventh Pay Commission and the One Rank  One Pension scheme.

Finance minister Arun Jaitley told the first meeting of the consultative committee attached to the ministry of finance during an inter-session of Parliament last week that the budget has to make provision for meeting the liabilities on account of both the pay panel and the OROP scheme for defence personnel.

Jaitley said these developments will have implications on India's economy as our exports are also affected and the economic outlook is not so bright. Major financial institutions, including the IMF, have predicted low growth for the world economy in the coming year, he pointed out.

The only silver lining, he said, is low international commodity prices which in turn has helped improve macroeconomic situation in the country.

Besides, Jaitley pointed out that with a lag in agricultural production in the last two years, mainly due to insufficient monsoons, the centre also had to provide the highest ever amount to states for drought relief for the current financial year 2015-16. Much more will have to be provided in the coming years for increasing agriculture production and productivity, he added.

Further, the finance minister said the year also saw for real expenditure of the government exceeding the budgeted amount.

Meanwhile ministries and departments have been given the freedom to raise demand for pay revision afresh if they find that some of the justified suggestions made by the staff associations were not accepted by the 7th Central Pay Commission.

Such demands could be submitted to the Implementation Cell (IC), created in the finance ministry, to work as secretariat for the empowered committee of secretaries headed by cabinet secretary P K Sinha.

The CoS will screen the recommendations of the commission and firm up the conclusions for approval of the cabinet.

"If a representation was made by a Staff Association before the 7th Central Pay Commission and the Commission after due diligence has not accepted the demand made therein, the same matter normally not be considered at the stage.

"However, if departments consider that the issues are of such nature that they require consideration at this stage also, then they may give their comments with full justifications to the IC," said the minutes of the first meeting of the IC.

While a number of ministries and departments have sent their comments and nominated their nodal officers, the comments received from some ministries are "simply in the nature of forwarding" the representations of the staff associations without their comments.

The recommendations when implemented would have bearing on remuneration of 4.7 million central government employees and 5.2 million pensioners.

Subject to acceptance by the government, the recommendations will take effect from 1 January 2016.