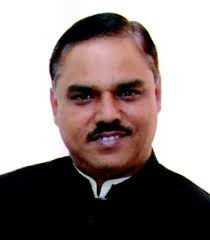 A Saket court sent Tomar to four day's police custody. The police had asked for five-day custody of Tomar, 49, against whom a case of cheating, forgery and conspiracy has been filed.

"Respect the court's decision. We have the right to challenge order," said AAP leader Ashutosh. His colleague Kumar Vishwas said, "Will approach the higher court and abide by the law."

Tomar was produced before Metropolitan Magistrate Navneet Budhiraja within hours of his arrest in the case.

Police sought his five-day custody saying his educational certificates relating to law degree were "fabricated" and he was required to be taken to Faizabad in Uttar Pradesh and Bhagalpur in Bihar to ascertain his educational qualification.

Police told the court that the educational certificates which Tomar claims to be true were fabricated and during their initial probe, the authorities who signed those certificates have denied their genuineness.

"Everything is something which either is denied by the institution or we don't know as to how these documents came into light. For this we need Tomar's interrogation," the police said.

The investigating officer (IO) told the court that on the basis of a complaint given by Bar Council of Delhi (BCD), a preliminary enquiry was conducted and after taking reports from concerned universities, an FIR was lodged in the case.

Opposing the police's plea, senior advocate H S Phoolka and advocate Rajiv Khosla, who appeared for Tomar, said that police arrested the minister without compliance of the provisions of the law and no notice under section 160 of the CrPC was served to him prior to his arrest.

On this issue, the prosecutor said there were no documents to suggest that the accused was served the notice after his arrest.

To this, the magistrate observed, "This notice appears to be farce".

During the hearing, the court said, "You (police) have served the notice on Tuesday. What was the need to arrest him on Tuesday itself?"

Responding to this the prosecutor said, Tomar is an influential person and almost every educational certificate were fabricated and he can also tamper with the evidence.

The prosecutor told the court that Tomar has given BSc degree of Avadh University but during the probe, it was found that the roll number allegedly issued to him was never given by the university.

"We had gone to concerned college and the university to enquire about it. The roll number 31331 was not issued to Tomar by the university," he said.