Though RTI is now well-known, very few know about a law called Right To Services Act – neither bureaucrats nor the public know much about it — says Shailesh Gandhi, RTI activist and former Information Commissioner of Maharashtra 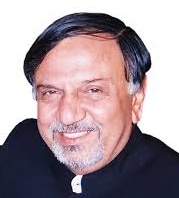 Legislation, especially in India, is meant to discipline people and protect the government. Almost all laws of the country are centered on citizen's duties rather than on his rights and there are very few Acts that empower them, says Sanjay Ubale, MD, Tata Realty, and former secretary, special projects, government of Maharashtra.

But, the law on RTS, although enacted in Maharashtra way back in 2005, is still on paper and has never been implemented, he emphasised.

The law makes it mandatory for the administration to ensure that decisions are taken in 45 days, but officials often take cover of exceptions to stretch decisions for months and often years, without impunity, Prakash Akolkar, president of The Mumbai Press Club, pointed out.

The RTS law, according to Akolkar, has perhaps only been used to avoid arbitrary transfers of bureaucrats by the government, while citizens have not yet gained anything from it, even though they are supposed to.

''The problem is that we have this black hole of the government – things go in, and nothing comes out. So, while the Act provides for a time limit of 45 days, in practice there is no limit. There is this case of a doctor who got action on his complaint after 17 years of struggling for it!''

He cited the example of issue of ration cards, which, he said, is pretty simple, but it takes ages to get, and sometimes people just give up trying to get one.

Akolkar rued the absence of chief minister Devendra Fadnavis who opted out of the meeting as he was busy with other engagements.

''The Citizens' Charters were supposed to be announced by every department, but this is not done. I don't how many bureaucrats even know that they have to put up these citizens' charters.''

According to well-known Right to Information (RTI) activist and former Information Commissioner for Maharashtra, Shailesh Gandhi, the problem with efforts to check on the implementation of the Act is that the government seldom parts with the information.

The Maharashtra government's law and judiciary department told an applicant, a journalist, that the RTS Act did not apply to public sector corporations, and was only for administrative use but not for the public.

The law also requires sanction for prosecution of bureaucrats by the Anti-Corruption Bureau.

While the earlier RTS Act talked of taking action in 45 to 90 days, this has now been stretched to more than six months, in the new bill. Moreover it does not specify which services will be notified and when.

"One of the problems is that the Bill does not say which services will be notified and when. It also talks of action in 30 to 90 days,  and an appeal to be disposed of another 90 days. In other words, an application would have to wait for 6 months to find out what is happening; and that might well stretch to eight months!" Gandhi said.

Saying the new bill is more specific in some respects - you can specify water connections, for example –  he emphasises the way it is drafted, it becomes useless.

"It has not provide an escape valve for inaction, it has provide escape gates!"

''My own perception is that good governance is a right of citizens. The government has made these laws; clearly they have taken into account the practical aspect of implementation,'' said Gandhi.

"I do believe in engagement, and discussion; but when that doesn't work, we need confrontation. The old Act must be implemented. If that doesn't happen, citizens should agitate across the state and ask for a strong bill.

There were many activists who pushed for the RTI. We need activists to push the RTS too, said Ubale.

As Ubale pointed out, there is a role for activism and there is a role for constructive action. ''This Act does not really empower. At the moment there is nothing definite. It also centralises the entire process, and that is a serious problem. If everything has to be managed from a central point in Mumbai, it will not work.''

"Regarding the implementation watchdog – we need an external watchdog. We must open a forum for citizens," he said.

The law must clearly cover not just personal services (eg, ration card) but also civic services that affect groups of people, such as residents of an area in a city who are affected by the municipal corporation not lifting the garbage from the area. The Act does not cover such services, he added.