The just-ended year 2014 was an annus horribilis for the Indian National Congress - it sank from controlling the union government to becoming a weak minority in the space of a year as the Narendra Modi wave swept the non-peninsular parts of India. 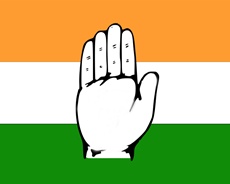 The party that brought Independence to India and ruled its destiny over most of the time since Independence failed to become even the Leader of the Opposition in the Lok Sabha, with its tally down to just 44 in a House of 543.

The NDA wave looks unstoppable despite various state-strong parties trying to cobble together an alliance. The Mamata Banerjee-led Trinamool Congress of Bengal, the Nitish Kumar-led Bharatiya Janata Dal of Bihar, and the Uttar Pradesh-based Samajwadi Party - have officially announced an alternative front, but nothing concrete has emerged between these previously warring groups.

The Congress has also plummeted in the control of states, as the Bharatiya Janata Party holds Maharashtra - and hence Mumbai, the country's biggest cash cow - in tow with its long-time ally the Shiv Sena.

The Congress has lost Haryana, another economically important state, after 15 years of continuous rule. It is also out of power in Jammu & Kashmir as well as mineral-rich Jharkhand.

Questions have long been asked about the efficacy of Rahul Gandhi's leadership after the Congress's successive defeats, as his mother Sonia Gandhi fades into the background. Apart from a few maverick forays, he has shown little interest in politics. Yet, he is now the undisputed leader of the Congress.

In Maharashtra, Sharad Pawar's opportunistic Nationalist Congress Party decided to support the BJP in government formation after it fought the Assembly election separately from the BJP, breaking a 15-year political alliance in the state.

Congress had fought the election in Jharkhand in alliance with JD (U) and RJD, but broke off from lead partner JMM. The result in the state has put a question mark on the efficacy of the proposed grand alliance of the three parties in Bihar, where elections are due by October next year.

Ever since the Lok Sabha defeat in May, the blame game has continued in Congress, with some saying poor communication strategy led to defeat and others holding the UPA government responsible.

The year also saw Sonia and Rahul offering to resign owning defeat for Congress' Lok Sabha debacle. But unsurprisingly, the offers were rejected.

With Rahul clearly incapable or uninterested in leading India's grand old party, Congress is increasingly looking like the pebble-stones on Mumbai's streets, of which one can only beware.