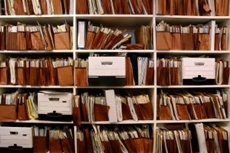 The committee will submit its report in three months, on the basis of which a bill will be introduced in the winter session of parliament.

Its mandate is to examine "acts and rules which may have become obsolete within the last 10 to 15 years".

One of Modi's first major statements after becoming Prime Minister was to the effect that archaic laws which hamper governance need to be identified and weeded out.

"The newly-constituted Committee will examine all Acts recommended to be repealed by the Committee on Review of Administrative Laws", the statement said, mentioning that the initiative originated with the first NDA Prime Minister Atal Bihari Vajpayee in 1998.

The PMO said Modi has expressed concern that of the 1,382 Acts recommended for repeal by the earlier committee, only 415 have been repealed.

"Modi has called for a focused and result-oriented exercise to systematically weed out archaic laws and rules," the statement said.