The Narendra Modi government is considering an overhaul of the rural housing scheme, Indira Awaas Yojna (IAY), in light of a plethora of allegations over the misuse of the scheme in several states, and rename it as National Gramin Awas Mission (GRAM). 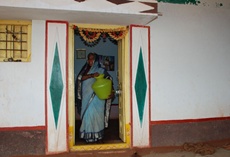 A formal announcement in this regard is likely to be made during Prime Minister's Independence Day speech, reports quoting sources said today.

Minister of state for rural development Upendra Kushwaha also today told the Rajya Sabha that in compliance with the government's objective of providing a 'pucca' house to all, the ministry has initiated action to revamp the IAY scheme. He did not elaborate, but said modalities are being worked out.

The Modi government is also expected to double allocation per house to Rs1.5 lakh and raise the unit size to at least 30 sq mts with toilet and bathing space as its integral part, reports say.

The NDA government wants to make the IAY more purposeful for the below poverty line (BPL) population in the rural areas, a senior RD ministry official said recently.

The 29-year old scheme, first launched by the Rajiv Gandhi government in 1985, has been subject to misuse across several states due to the absence of a proper monitoring and implementation strategy.

The IAY, which was launched in 1985 as a sub-scheme of Jawahar Rozgar Yojana, is being implemented as an independent scheme since 1996.

In Arunachal Pradesh, a faulty list of beneficiaries is reported to have left many families deprived of the Indira Awaas Yojana (IAY) benefits while there were instances that non-BPL households gained from the scheme, the Comptroller and Auditor General (CAG) had said in a report.

The CAG had pointed out various irregularities in the Indira Awaas Yojana (IAY) scheme implemented in Haryana since 1 January 1996. The CAG report, which was recently tabled in the Haryana Vidhan Sabha, said that financial assistance of Rs1.74 crore provided to 470 ineligible persons was not recovered despite the orders of Punjab and Haryana high court, while 40 beneficiaries were given assistance amounting to Rs15.88 lakh who had already pucca houses. 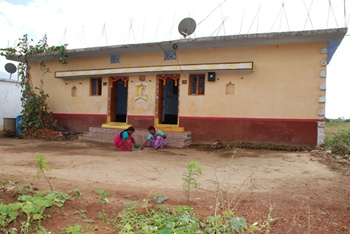 In Bihar, the National Human Rights Commission (NHRC) has taken cognizance of alleged misappropriation of funds earmarked for constructing houses under Indira Awaas Yojana in Manpur Block of Gaya district.

It was alleged that villagers received only Rs50,000, that too in two installments, against the minimum government support of Rs70,000 per unit under the scheme to construct  own houses. Also, despite mandatory requirement, the Indira Awaas Yojana houses had no toilets, it was alleged.

The centre has also invited feedback from the states and stakeholders on the proposed GRAM, which it proposes to set up in the form of an autonomous registered society to implement and monitor the scheme at the national level.

Similar missions will be set up at the state and district level, as per the reports.

Setting up of the mission will allow the Modi government's aim to achieve target of providing 'pucca houses for all by 2022', including those in the villages as well as total sanitation as envisaged under the Swach Bharat Mission announced in the Union Budget 2014-15, the official said.

Before the polls, the BJP had indicated that if they came to power they would review the schemed named after three generations of the Gandhi dynasty.

''Congress launched 650 schemes in the name of three personalities - Jawahar Lal Nehru, Indira Gandhi and Rajiv Gandhi - giving an impression that no other leader other than one family did any good for the country,'' senior BJP leader Venkaiah Naidu had said while speaking to reporters in Patna before the elections.