The Comptroller & Auditor General of India (CAG) has submitted five separate reports indicating undue favours granted by the Gujarat government to industrial houses in the state. 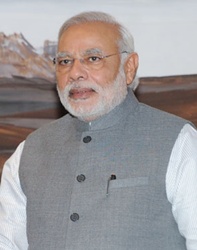 The CAG reports, tabled in the Gujarat Assembly on Friday, pertain to a period when Prime Minister Narendra Modi was the state's chief minister.

The reports said companies including Reliance Petroleum, Essar Power and the Adani Group received undue favours from the state government, worth hundreds of crores of rupees.

Improper monitoring of ''the construction quay in phase 1 of Adani Group-owned Mundra port led to short recovery of Rs118.12 crore", the CAG said.

Further, the Gujarat Maritime Board (GMB) gave an "undue favour" to Reliance Petroleum Ltd by letting it pay only half the stipulated port fees, which led to a loss of Rs649.29 crore.

The GMB, run by the state government, entered into an agreement with Reliance Petroleum in July 1999 to allow it to build its own captive jetty in Sikka near Jamnagar for liquid and gas cargo.

According to the government auditor, the cost of construction of the jetty was Rs362.01 crore. As per the agreement and the government policy to encourage private players, GMB allowed a 50-per cent rebate on the stipulated wharfage (port fees) at the rate of Rs36 per metric tonne to RPL till construction cost was recovered.

The CAG concluded that erroneous calculation by GMB in determining full wharfage and actual set-off "led to short recovery of wharfage charges of Rs649.29 crore as undue favour to RPL".

On another major Indian conglomerate, the auditor said the state-run Gujarat Urja Vikas Nigam Ltd (GUVNL) passed on "undue benefit" of Rs587.50 crore to Essar Power by allowing it to change the delivery point of transmission of power to GETCO from its plant.

The CAG also pointed out several "irregularities" and "mismanagement" on the part of GUVNL, purchase of power at a high cost, deviation from standard bidding procedures, payment of incentives in contravention to statutory notifications, loss due to non-adherence of provisions in PPA, award of solar power projects to ineligible bidders and excess capacity creation under solar power.