The Central Bureau of Investigation has blamed ''collective failure'' of regulatory oversight mechanism, including statutory auditors, for the rise in corporate frauds in recent years involving sums almost beyond the comprehension of the average person. 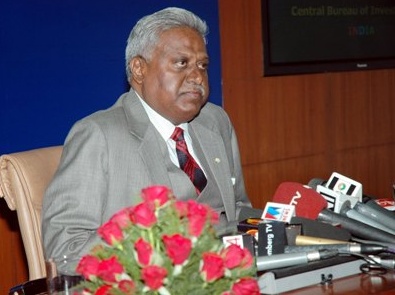 India has witnessed a marked increase in the number of scams that have surfaced both in the public and private sectors, CBI director Ranjit Sinha told newspersons in New Delhi.

''The scale and size of corporate frauds in India has zoomed in the last 15 years, with a majority of the cases of fraud involving siphoning off funds by promoters, top management and defrauding the lenders or investors,'' he said.

He said commercial banks alone had reported 1.69 lakh cases of fraud involving an amount of Rs29,910 crore as of 31 March 2013 – and these figures are more than a year old.

''The public sector banks have commutatively lost a massive sum of Rs22,743 crore due to cheating and forgery in the three years ending March 2013,'' said Sinha, addressing 8th annual summit on corporate frauds organised by the Associated Chambers of Commerce and Industry of India (Assocham).

He said a short term objective of good results instead of long term sustainability and failure of corporate governance mechanism are leading to growing fraudulent practices.

''These frauds are also occurring due to collective failure of the regulatory oversight mechanisms like statutory auditors, the independent directors, the board, the shareholders and other regulators. This is, where a lot of correction, is required,'' said Mr Sinha.

The CBI director also highlighted a ''sharp rise'' in non-performing Assets (NPAs) of commercial banks. ''The gross NPAs of the public sector banks was Rs1,64,462 crore in March 2013, comprising 3.6 per cent of gross advances and are estimated to have grown further as of end-March 2014,'' he said.