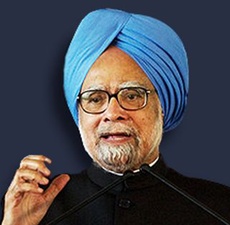 A book by Sanjaya Baru, a former media advisor to Prime Minister Manmohan Singh who was seen as a close aide of the PM, has ruffled feathers in the top echelons of the Congress.

Baru, in his book The Accidental Prime Minister, has written that Singh surrendered to pressure from Congress president Sonia Gandhi and allies, particularly during his second term. 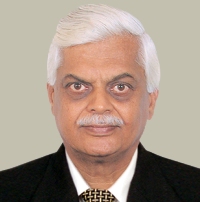 Baru has written that Singh was "defanged" by the Congress in his second term with Sonia Gandhi deciding on key appointments to the cabinet and to the Prime Minister's Office (PMO), as he seemed to "surrender" to her and to coalition partners.

The PMO was quick to hit back, saying Baru was writing fiction for commercial gains. The PMO accused him of taking advantage of his access to the office for his own benefit.

Baru, a senior editor and the PM's media adviser between 2004 and 2008, quotes Singh as having told him that there cannot be two centres of power. "That creates confusion. I have to accept that the party president is the centre of power. The government is answerable to the party," the PM told him, according to the 301-page book, published by Penguin.

Baru writes that after he had led the Congress party to electoral victory in 2009, Singh had made "the cardinal mistake of imagining the victory was his". He may have convinced himself that his performance and destiny had again made him the PM, and not Sonia.

"Bit by bit, in the space of a few weeks he was defanged. He thought he could induct the ministers he wanted into his team. Sonia nipped that hope in the bud by offering the finance portfolio to Pranab (Mukherjee), without even consulting him," Baru writes.

Singh had been toying with the idea of appointing his principal economic adviser C Rangarajan, "the comrade with whom he had battled the balance of payments crisis of 1991-92", as finance minister, according to the book.

The PM had tried to put his foot down against the induction of A Raja of the DMK into the government well before the 2G scam became public, "but after asserting himself for a full 24 hours, caved in to pressure from both his own party and the DMK", says Baru.

Baru says that besides resisting the induction of Raja, the PM had also opposed the inclusion of T R Baalu in the cabinet, "for their unsavoury reputations". He managed to keep Baalu out but had to yield on Raja.

According to the book, Sonia's "renunciation" of power was more a political tactic than a higher calling or to an "inner voice" as she put it in June, 2004 after she chose not to take up the post of prime minister despite leading the Congress to electoral success.

"But while power was delegated, authority was not," he writes, citing the instance of her unsuccessful effort to appoint a retired Tamilian official as principal secretary to the PM and to place her trusted aide Pulok Chatterjee in the PMO. The retired official had worked with Rajiv Gandhi but had declined Sonia's invitation.

Such appointments were aimed at ensuring a degree of control over the government in addition to the Congress president having a decisive say in the allocation of portfolios.

Baru cites the creation of the National Advisory Council (NAC), headed by her, in 2004 as the first sign that Sonia's renunciation of power was a political tactic. It had created a parallel policy structure. Singh had realised that he had no option but to live with it although it seemed that "he was not too comfortable" with it.

No one in Singh's council of ministers seemed to feel that he owed his or her position, rank or portfolio to the PM. The final word always was that of leaders of the parties constituting the United Progressive Alliance, says the book.

Referring to senior Congress ministers, Baru says that bringing the politically ambitious Arjun Singh, the left-of-centre A K Antony and the "presumed PM-in-waiting" Pranab Mukherjee into line was always a challenge for the PM. "Each had a mind of his own and each was conscious of his political status and rank".

The book argues that the limits of PM's political authority and the PMO's institutional weakness meant that there was very little control of the PM and his office over the misdemeanours of ministers.

Singh shared a good working equation with finance minister P Chidambaram in UPA-I compared to the very formal relationship with Pranab Mukherjee in UPA-II. He would insist that Chidambaram sit with him and finalise the budget speech but Mukherjee would not even show him the draft of the speech till he had finished writing it.

Baru says that for Congress MPs the leader to please was always Sonia. "They did not see loyalty to the PM as a political necessity, nor did Dr Singh seek loyalty in the way Sonia and her aides sought it."

He cites the instance of Jairam Ramesh, then a minister of state, who had embarrassed the PM "by leaking a letter" that Sonia had written to Singh cautioning him against pursuing a Free Trade Agreement with ASEAN. A few weeks later the PM's response to that letter had also been leaked to a newspaper allegedly by Ramesh, for which he was "reprimanded" by the PM although he denied any role in the leak.

Baru cites his own case when the PM wanted to reappoint him as a secretary in the PMO after the 2009 victory but had later been informed that this had created problems with the Congress party.

"To tell the truth, I was dismayed by the PM's display of spinelessness," he says, wondering why Singh had succumbed to the pressure to keep him out.