The Supreme Court today directed the Election Commission to provide a button on voting machines to allow voters to reject all candidates contesting an election in a constituency. 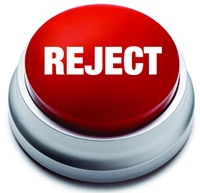 The court also asked the Election Commission to publicise this widely so that voters know that they will now have a "none of the above" option on electronic voting machines or EVMs.

The apex court said that if the right to vote is a statutory right, then the right to reject a candidate is the fundamental right of speech and expression under Constitution.

Negative voting would lead to systemic change in polls and political parties will be forced to project clean candidates, the bench headed by Chief Justice P Sathasivam added.

The court's decision is expected to be implemented in the next set of state elections. Voters in Delhi, Madhya Pradesh, Rajasthan, Chhattisgarh and Mizoram - where assembly elections are due in November - will have the 'reject all' option.

The court upheld the argument of petitioner, the People's Union for Civil Liberties, that a voter has the right to record disapproval of all candidates listed.

Currently, if a voter goes to a polling booth and does not want to vote for any candidate, he can sign a register and come out. But that violates the principle of secret ballot.

There is also no provision yet to count the "rejection" votes, and in any case these do not impact the result of the election.

The bench, while reading out the operative portion of the judgement, did not throw light on a situation in case the votes cast under no option head outnumber the votes got by the candidates.

Activists have proposed that if more than 50 per cent of those who vote "reject all candidates", there should be a re-election in that constituency. The Election Commission had supported this stand. It had recommended that the government amend rules to include this, but it has not been done.

The union government has opposed the proposal, contending that an election is meant to elect and not to reject. It also argued that including a rejection button will confuse voters and will not serve any purpose.

Political parties have not made their stand on right to reject clear yet.

The Bharatiya Janata Party had asked for a detailed debate. The Left had sought clarity on what purpose it hoped to serve.