The government will lose over Rs1 lakh crore on diesel subsidies alone in the current fiscal, as the country's diesel consumption gallops and the fuel is sold at heavy discount to its cost, an official report says. 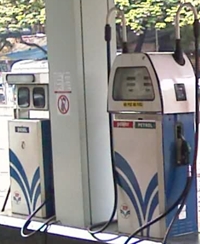 India consumed 10.9 per cent more of diesel during the April-July 2012 period compared to year ago, according to the statistics from the Petroleum Planning and Analysis Cell (PPAC).

This was substantially higher than the 6.2 per cent growth in overall petroleum consumption during the same period, underlining the 'dieselisation' of the economy. Even FY'12 had displayed a similar trend with diesel consumption growing faster than other petroleum products.

Domestic public and private oil refiners processed 3.6 per cent more crude oil into products in July year-on-year. This was to meet demand which grew 9.4 per cent from a year before.

Demand and consumption of petroleum products in July was pushed up by LPG, diesel and petrol sales.