The National Investigation Agency (NIA) conducted raids on the houses of four persons in Kasaragode and Palakkad districts in Kerala and are questioning three of them suspected to have connections with the Easter Sunday attackers in Sri Lanka. The NIA is said to have recovered incriminating evidence during raids at their homes on Sunday. 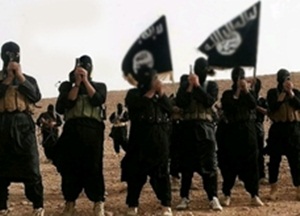 The three are believed to have been in touch with some of the people who left the state to join the international terror group. Sources said the probe agency is also trying to establish if they have links with those involved in the 21 April suicide bomb attacks in Sri Lanka.
The NIA, which is on the trail of ISIS recruitments from Kerala, raided the houses in Kasargode and Palakkad after evidence emerged that the targets of their probe had persistently tailed Zahara Hashim, the main accused in Sri Lanka bombing, on social media.
The NIA is carrying out the investigations as part of an international probe into the Easter Day suicide bombings in Sri Lanka.
State police sources said law enforcement agencies across the world, including the NIA and the FBI, have been trying to follow the digital trail left behind by Hashim on social media, which he zealously used as a platform to recruit persons to his global jihadist alliance.
While the NIA so far has no concrete evidence to nail the suspects, investigations into the purported affiliates of the Hashim-led terror outfit National Towheeth Jamaat (NTJ) revealed a nascent plot to unleash terror in India as well.
Zaharan Hashim, the terror mastermind, had travelled widely in India and is expected to have contacts and places within the country.
NIA agents swooped on the houses of the potential suspects at Kaliyangad and Nayanmarmoola in Kasargode and Adavumaram and Muthalamad in Palakkad on Sunday.
While the details of the inspections remained confidential, the agency has summoned the persons to their office in Kochi for further questioning.
NIA also fears a connection between the attacks in Sri Lanka and radical activity in India, especially in the coastal states, in South India, including Kerala, due mainly to the sizeable Tamil population whose security concerns often get mired in the post-LTTE Sri Lankan politics.
MORE REPORTS