India looks set to pull out of a joint development programme for fifth-generation fighter aircraft (FGFA) with Russia citing the huge costs involved in the project, reports quoting official sources said on Saturday. 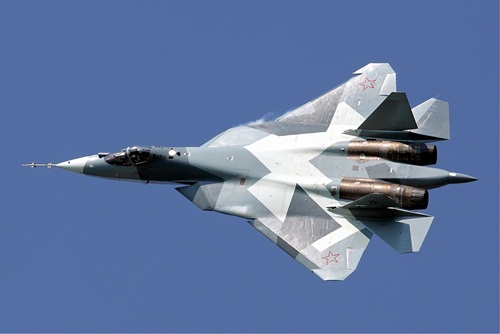 The, project, however, has not been abandoned and both sides are reported to be still in negotiations on the ambitious project as India was ready to have a re-look at co-development of the jet if the cost sharing formula is appropriate.
The inter-governmental agreement signed between India and Russia way back in 2007 on the mega project that would have taken their strategic partnersip to a new level has been dogged by problems, including the sharing cost of developing the jet, technologies to be used and the number of aircraft to be produced.
According to these sources said the cost of the project has been estimated at around $30 billion or Rs2,00,000 crore.
"Our position on various aspects of the project, including the cost component, has been conveyed to the Russian side and there has been no resolution to the issues yet," a top official involved in the negotiations with the Russia over the project said.
In December 2010, India had agreed to pay $295 million towards the preliminary design of the fighter jet. Later, both sides had expressed intent to contribute $6 billion each for final design and production of the aircraft in the first phase. However, they could not come out with a final agreement on it.
"We have not closed our door on the project," the sources said.
But, for the moment, nothing can be expected to move forward under the sanctions imposed by the United States.
Russia was also not ready to share all the critical technologies of the plane with New Delhi, while India had insisted that it must get all the required codes and access to critical technology so that it can upgrade the aircraft as per its requirements, sources said.
In February 2016, both the countries had revived talks on the project after a clearance from the then defence minister Manohar Parrikar. Both sides were also attempting to thrash out the sticky issues.
State-run Hindustan Aeronautics Ltd (HAL) has also been strongly pitching for the fifth-generation fighter jet project.
There have been indications from the Indian Air Force that it was not very keen to pursue the project in view of the high cost.
MORE REPORTS